White Christmas odds: see if YOUR city will see snow over festive season 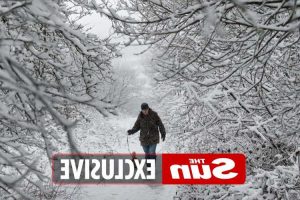 THERE are few greater sights than waking up to a fresh coat of snow in your back garden on December 25.

And as the big day approaches and temperatures continue to tumble, experts have priced up the odds of a White Christmas across the UK. 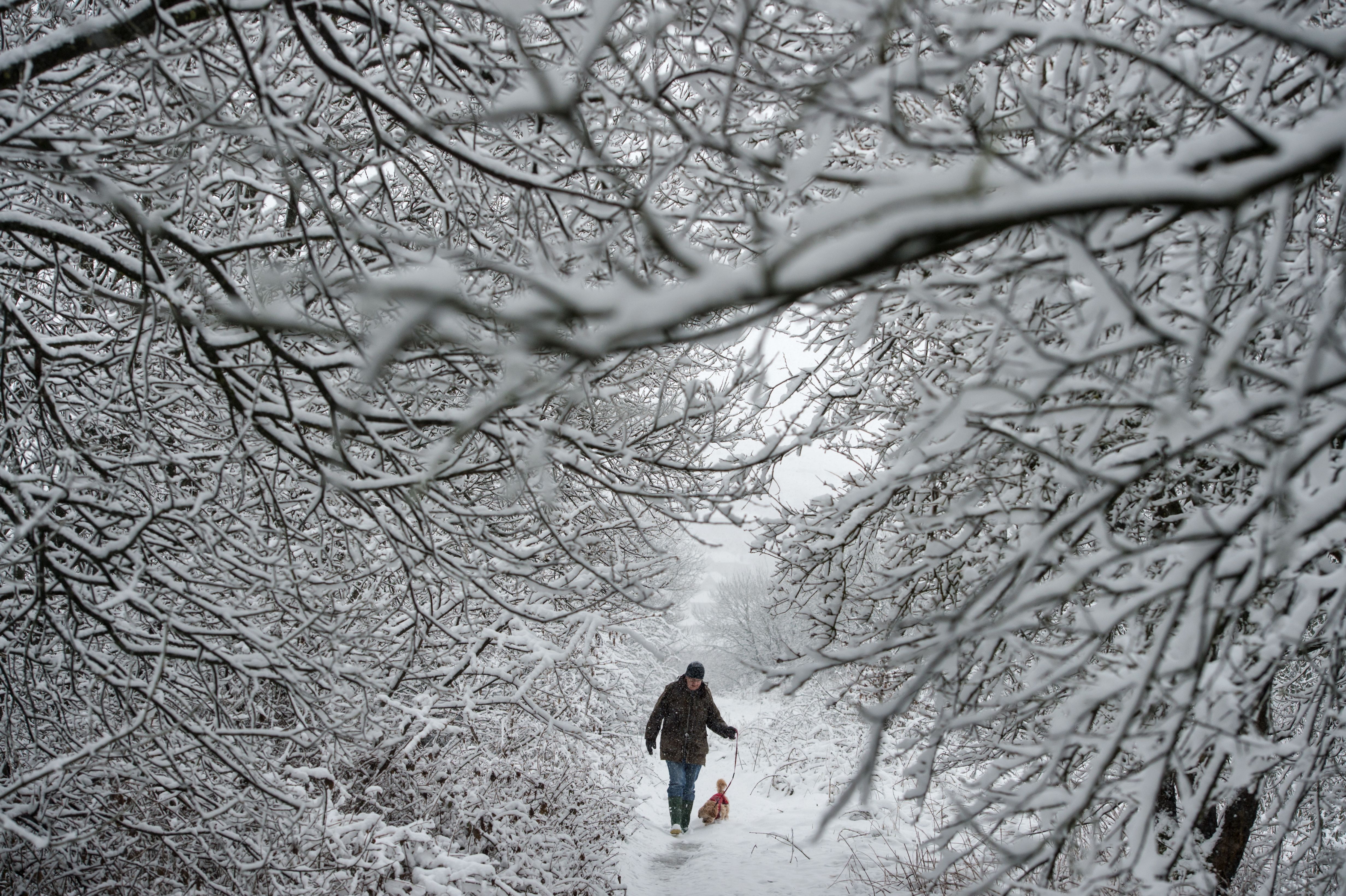 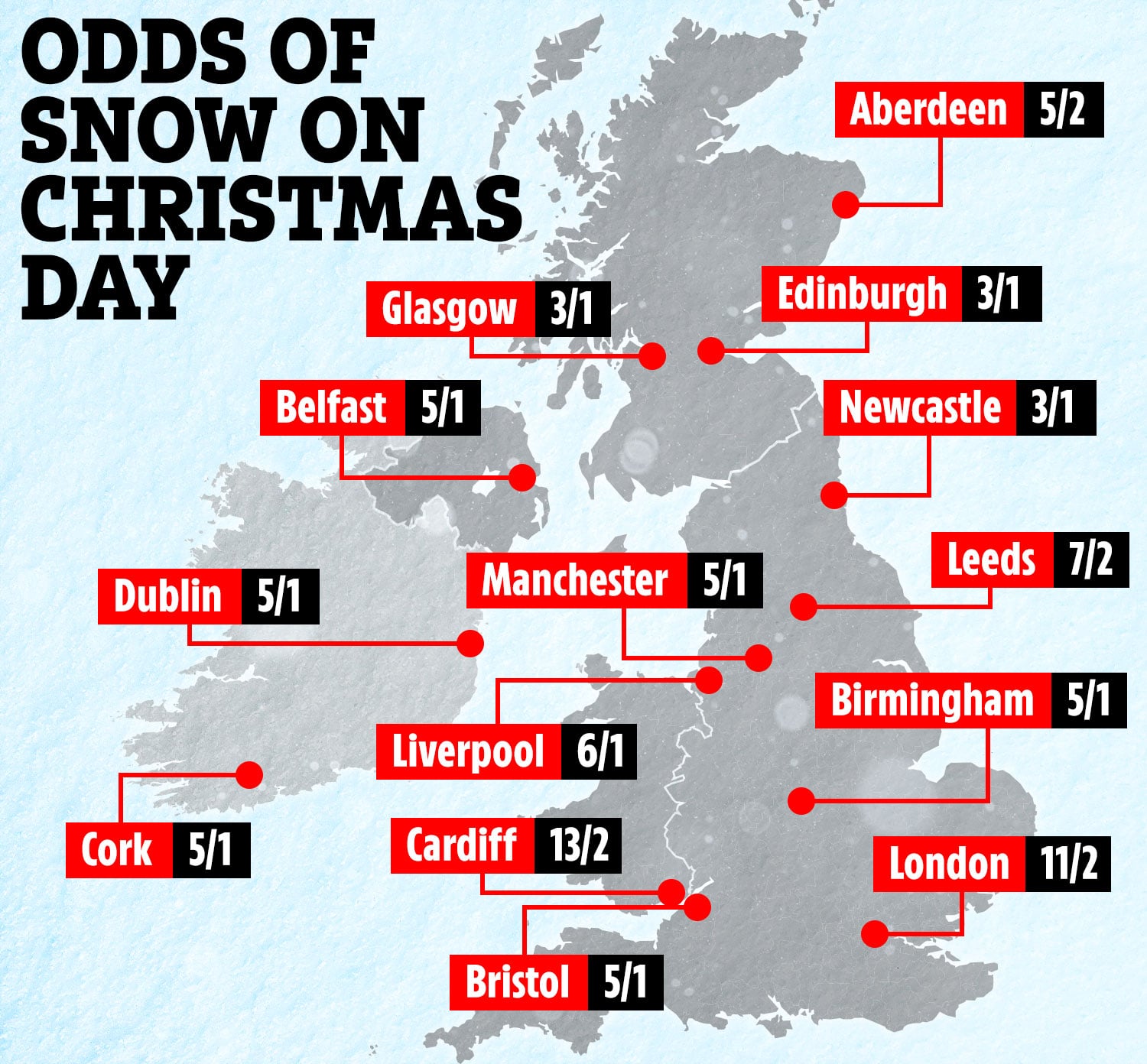 Perhaps unsurprisingly, the city most likely to be blanketed in the white stuff is Aberdeen, with odds at 5/2.

The two main Scottish cities are next in the running, with Edinburgh and Glasgow both priced at 3/1.

In England, the destination with the best chance of a sprinkling of snow is Newcastle, also at 3/1, followed by Leeds at 7/2.

Northern Ireland is next in the betting with Belfast, which is considered 5/1 to see snow on December 25.

Bookies have then backed three major English cities for the next spots, with Manchester, Birmingham and Bristol all at 5/1.

They sit slightly ahead of London (11/2) in the market.

The two cities least likely to wake up to a fresh coat on Christmas morning are Liverpool (6/1) and Cardiff (13/2).

WELCOME TO THE WORLD

Callum Wilson, spokesperson for Oddschecker, which compiled the data, said: "Over the last 24 hours, bookies have cut odds across the board on a White Christmas in a number of major cities.

"There's some huge price disparity at the bookies, with William Hill making Newcastle 10/11 odds on, but 3/1 is available with Paddy Power, Betfair and Coral.

"Unsurprisingly Aberdeen has been cut from 11/4 into 5/2 making it the most likely for snow on Christmas day.

"At the other end of the country, Cardiff (13/2) is the least likely for a White Christmas."

Whether snow falls over the main festive period or not, the UK looks set to be hit by a "snowbomb" on New Year's Eve.

A blanket of snow is set to fall after Christmas when temperatures plunge well below zero and icy winds sweep through.

A Netweather forecaster added of the period between Christmas and New Year: "It looks set to remain dry and quite cold for most of the time, with widespread overnight frost and fog.

"It may turn less settled towards the end of the period, and this is when snowfall is most likely for many parts of the UK."