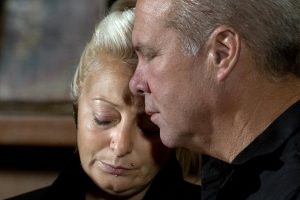 London: The United States has agreed that the wife of a US spy who used diplomatic immunity to avoid facing charges over the death of British teenager Harry Dunn will face the English justice system.

Dunn’s supporters hailed the breakthrough and said it was the first time the United States had made such a concession in agreeing for one of their diplomats to face justice abroad.

Anne Sacoolas, is charged with causing death by dangerous driving. 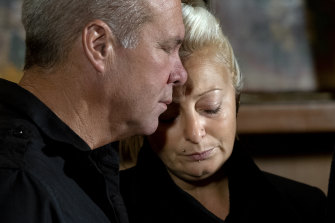 Harry Dunn’s mother, Charlotte Charles, is comforted by a family member in 2019.Credit:AP

She fled the UK, citing diplomatic immunity, despite being under investigation three weeks after crashing into Harry Dunn who was riding his motorbike in August 2019.

She is alleged to have been driving on the wrong side of the road.

Her husband worked at an intelligence base in Northamptonshire and it has been speculated that she herself is a CIA agent. 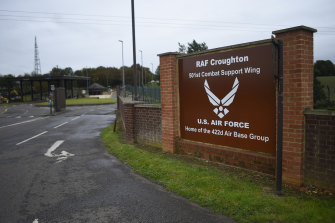 RAF Croughton near Brackley, England, where Harry Dunn was killed in a collision with a car driven by Anne Sacoolas.Credit:Getty

Her use of diplomatic immunity to evade prosecution has sparked a national uproar and prompted Dunn’s parents to campaign for her to face courts in Britain.

“While the challenges and complexity of this case are well known, we remain committed to securing justice in this matter,” a Crown Prosecution spokesperson said in a statement.

“Anne Sacoolas has a right to a fair trial. 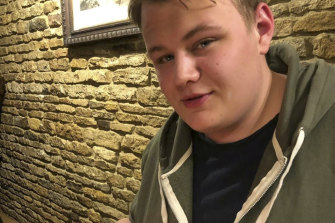 Harry Dunn died in the crash near RAF Croughton in the UK.Credit:Facebook

“It is extremely important there should be no reporting, commentary or sharing of information online which could in any way prejudice any proceedings,” the spokesperson said.

Dunn’s mother Charlotte Charles said she was overwhelmed by the news.

“It’s been an exhausting and frustrating time since Harry’s death but my family and I are feeling very emotional and overwhelmed having just the learned the news that Mrs Sacoolas is now to face our justice system,” she said.

“It is all that we asked for following Harry’s death.”

She said that the fact that she did not get the chance to farewell her son would live with her forever.

“But I made him a promise as I stood over his body and stroked his forehead and kissed his bruised lip, that we would get him justice,” she said.

“We still do not understand why the US Government would treat us, let alone anybody, this way.”

Harry’s father Tim said their campaign for justice had taken everything out of them.

“I can never forgive them for what they did to us and I still want answers as to why they behaved the way they did,” he said. 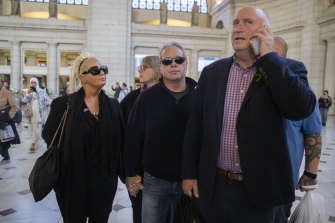 “I am glad that we have reached the point where our main campaign objective is being met.

“We teach our children that actions have consequences and you do not get to kill someone and just walk away.

“This was not what diplomatic immunity was intended for. That’s what our campaign was all about,” he said.

Radd Seiger, a legal adviser to and spokesman for the Dunn family said it was the first time the US had made ever made such a concession.

“As far as I can tell, and I’ve searched the archives, I think this is totally unprecedented,” he told the BBC.

“It is an absolutely remarkable development.

He said without the support of the British media and public the Americans would never have changed their mind.

“We’re feeling a bit emotional this evening, having fought so hard for this.

“Our point of principle was that you just don’t get to do this and walk away and so what happens from now on is less important to the parents.”

He said it was expected that Sacoolas would face court from the United States via a video link.

The family took their quest all the way to the Oval Office, meeting former US President Donald Trump in October, 2019.

But last year the US government rejected her extradition, something that was also confirmed by the Biden Administration.

In June, British Prime Minister Boris Johnson said he was working with Biden on the matter. Biden expressed his personal sympathy about the case. The President’s first wife and their daughter Naomi were killed in a car crash.