EXPERTS have been left baffled after a woman found a mysterious 'walrus-like' creature with no head washed up on a British beach.

Lisa Richard, 33, discovered the enigmatic animal in Porthcawl, Wales, while walking with her partner, two stepchildren and their three dogs. 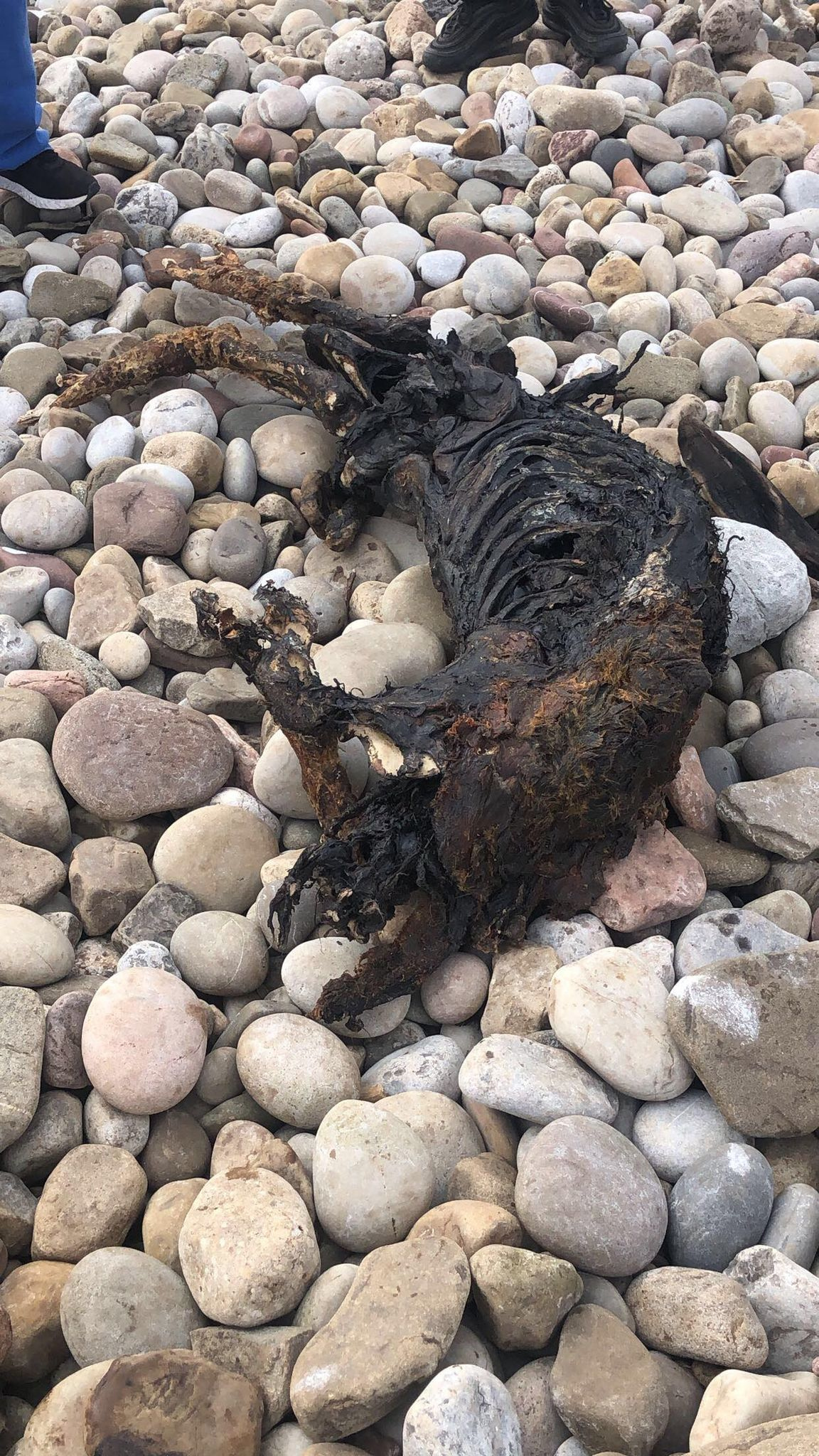 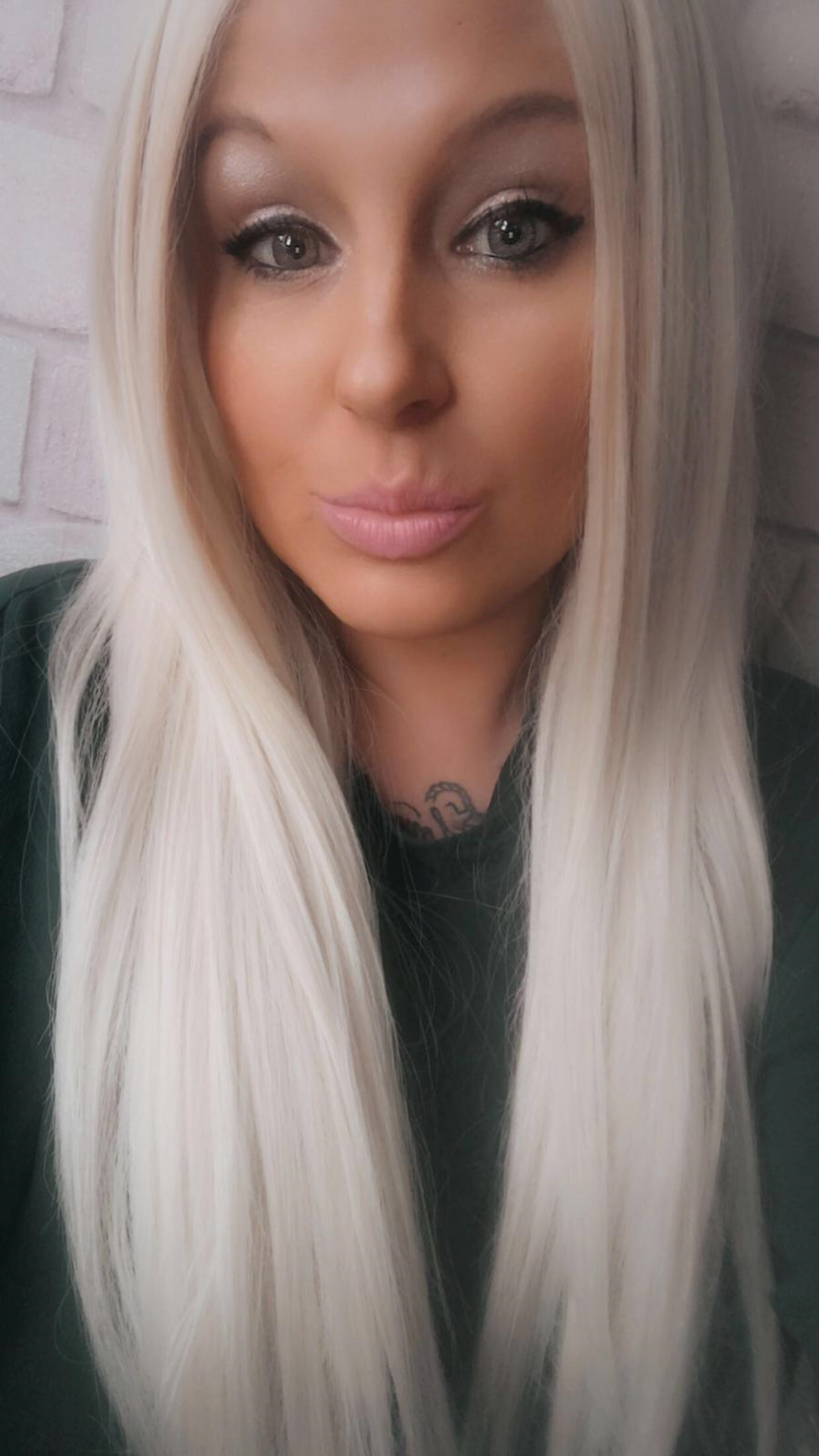 Initially she feared it was Wally – an Arctic walrus who’s made sporadic appearances along the Welsh coast in recent days.

But nobody can say for sure what it is.

Lisa said: “My first impression was ‘I hope it’s not that walrus, Wally’ which had disappeared for a few days down Tenby.

“It was very large – around four-and-a-half feet, my partner thought.

“It was black and you could see the ribs, legs and feet – which seemed to be webbed and were quite big.

“There was something like a pelvis bone and it seemed to have like brown fur towards the top of it." 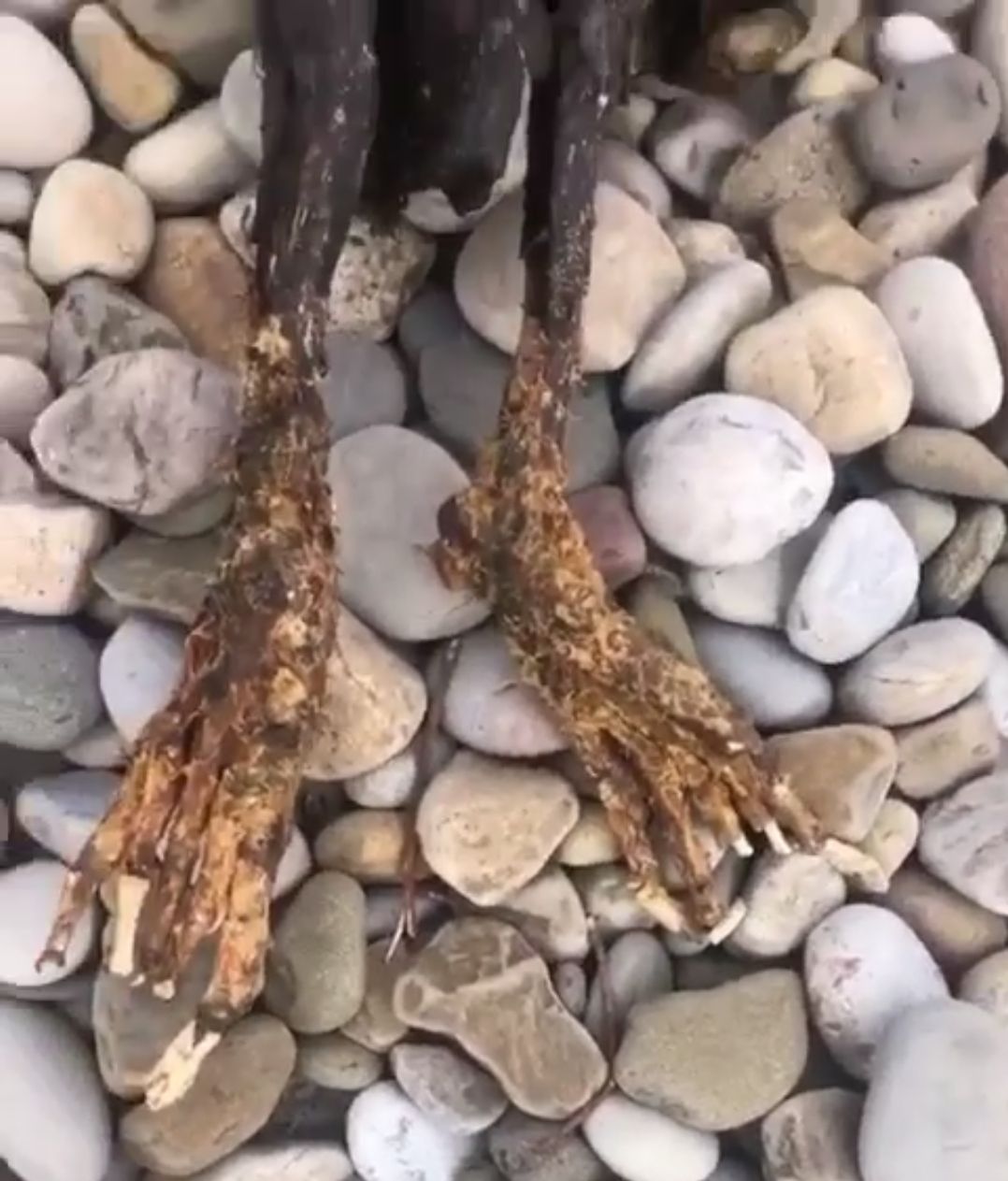 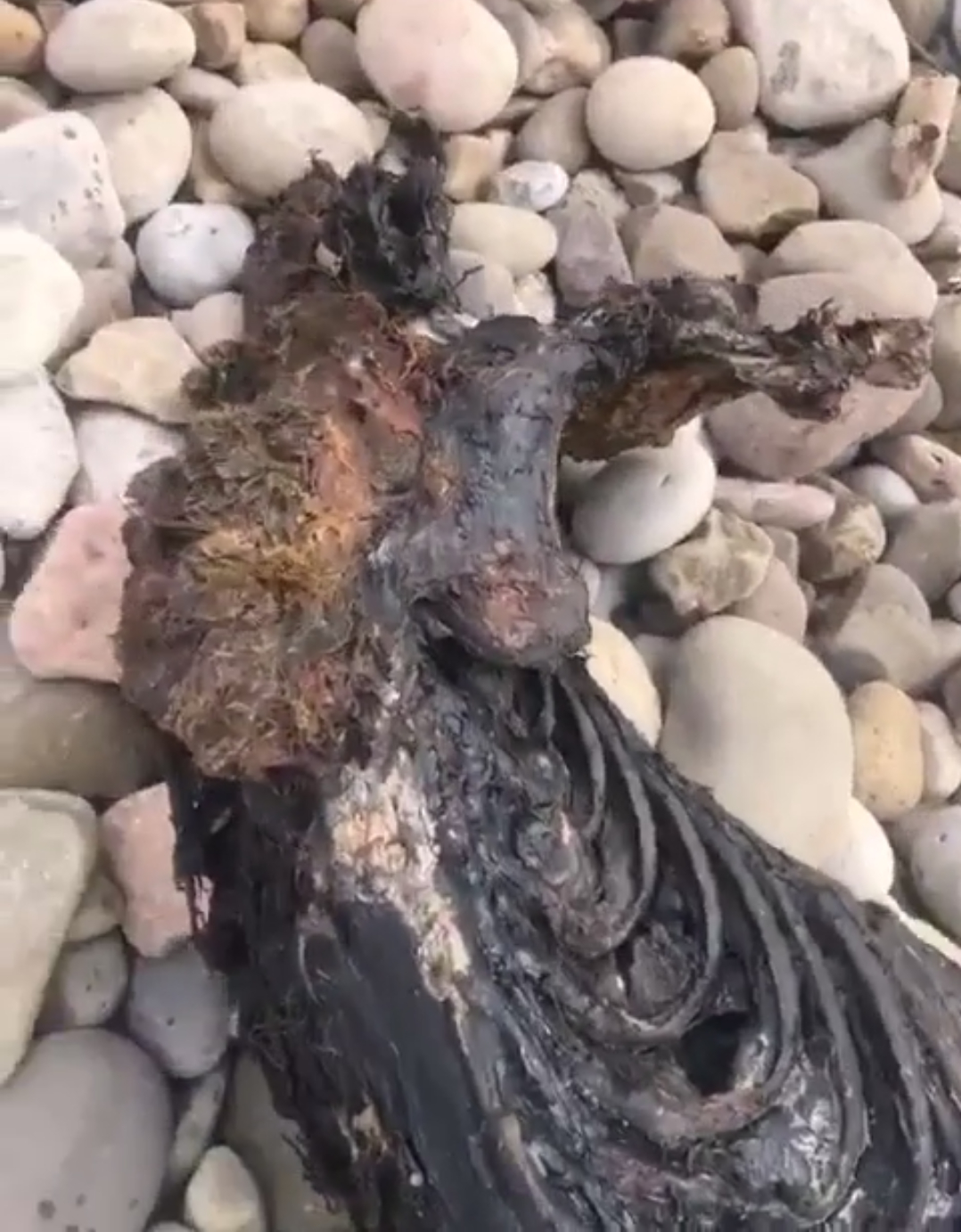 She added: “You could see it was decaying – we thought that the head was missing. It was very large, bigger than any thing I’ve come across before, and it smelt horrendous.”

Matthew Westfield, who probes strandings for the UK Cetacean Strandings Investigation Programme (CSIP) said he couldn’t say for sure what the creature was.

However he thinks it was most likely a pinniped – in particular, a grey seal.

“Without collecting it for further examination we wouldn't be able to confirm that,” he said.

Lisa, a cleaner from Pontypridd, said the sighting came as a shock.

“I have never encountered anything like this before,” she said.

“It was strange to see as it was really big and I felt sad."

Wally the Walrus has since reappeared in Tenby, proving that the remains aren’t his.

The Arctic creature first made headlines after showing up in Ireland last month, which he is thought to have reached by drifting across the ocean on a block of ice. 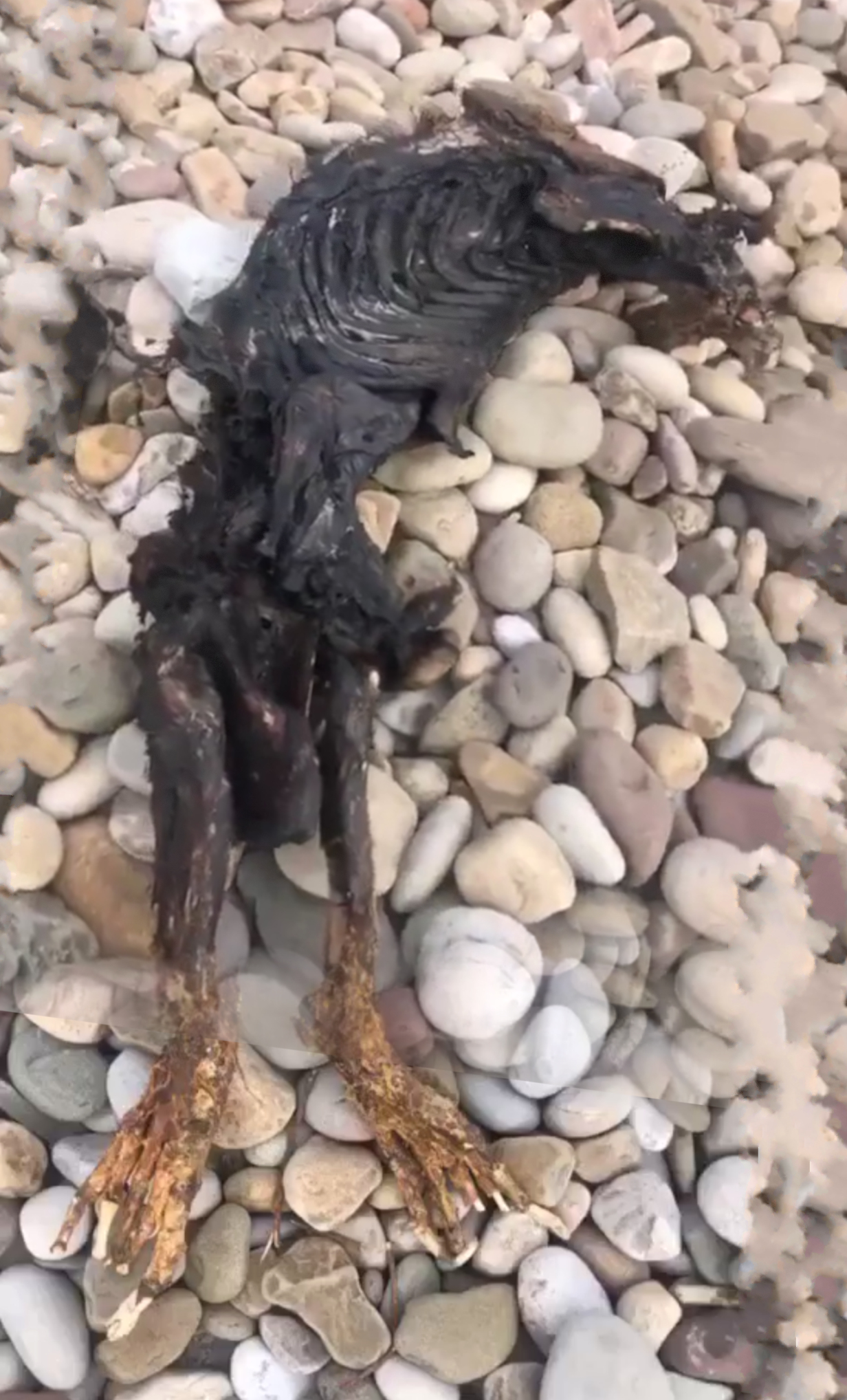