1,000 counties in the U.S. have Covid vaccination coverage of less than 30%, CDC says 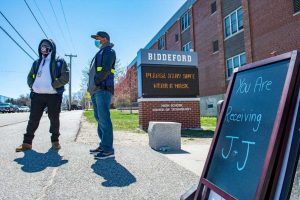 About 1,000 counties in the United States have vaccination coverage of less than 30%, the director of the Centers for Disease Control and Prevention said Thursday.

The counties in question are mostly located in the Southeast and Midwest and are most vulnerable to Covid infection, according to CDC director Dr. Rochelle Walensky. The agency is already seeing increasing rates of disease in these counties due to further spread of the more transmissible delta variant, Walensky said.

The delta variant currently makes up about 25% of sequenced new cases in the U.S., and officials say they expect it to become the dominant strain in the country, eclipsing the currently dominant alpha variant.

In some counties, delta variant rates are as high as 50%, according to the CDC. "We expect to see increased transmission in these communities unless we can vaccinate more people," Walensky said.

Zip codes with the highest rates of vaccine hesitancy are located in states like North Dakota, Idaho and Alabama, according to the Institute for Health Metrics and Evaluation, an independent global health research center at the University of Washington.

During the briefing, Dr. Anthony Fauci, medical advisor to the president, cited a study in The Lancet that showed mRNA vaccines had about 80% effectiveness against confirmed delta variant infection. The study also indicated that two doses of an AstraZeneca vaccine provided 60% protection.

As for symptomatic disease, another study cited by Fauci showed that two doses of the Pfizer vaccine generated 88% protection against the delta variant. A study from Public Health England demonstrated that the Pfizer vaccines offered 96% protection against hospitalization from the delta variant, and 92% efficacy after two doses of the AstraZeneca vaccine.

"Preliminary data over the last six months, suggest 99.5% of deaths from Covid-19 in the states have occurred in unvaccinated people … the suffering and loss we are now seeing is nearly entirely avoidable," Walensky said.