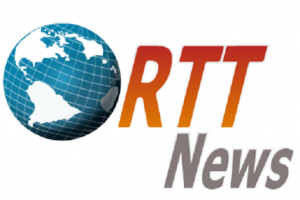 Hong Kong’s economy contracted unexpectedly in the second quarter on weak exports and investment, the advance estimates from the Census and Statistics Department showed Monday.

Gross domestic product contracted 1.4 percent from the last year, following a 3.9 percent fall in the first quarter. Economists had forecast an annual expansion of 0.6 percent.

On the expenditure-side, private consumption remained unchanged annually versus a 5.8 percent drop a quarter ago. Meanwhile, government spending surged 13.0 percent, faster than the 6.7 percent rise in the first quarter.

At the same time, gross fixed capital formation dropped 3.0 percent versus a 7.8 percent fall a quarter ago.

The decline in exports of goods deepened to 8.6 percent from 4.5 percent. Likewise, imports fell at a faster pace of 6.2 percent after easing 5.9 percent. Shipments of services were up 1.8 percent, while imports dropped 0.7 percent.

On a seasonally adjusted basis, GDP grew 0.9 percent, in contrast to the 2.9 percent fall in the first quarter. GDP was forecast to expand 3.8 percent.

Looking ahead, the worsening global economic prospects will continue to weigh on Hong Kong’s export performance in the remainder of the year, a government spokesman said.

Elevated inflation in the advanced economies amid supply-side disruptions and persistent tension in Ukraine, and the stepping up of monetary policy tightening by many major central banks in response are expected to dampen economic growth significantly, spokesman added.

The city will eke out GDP growth of just 0.5 percent this year, followed by a 6 percent rise next year, economists at Capital Economics, said. That would leave it marginally above its pre-protest high but still a long way below its previous growth path.