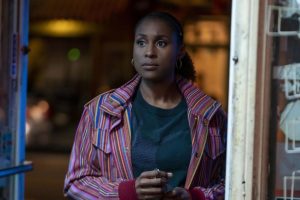 Less than a month after signing an eight-figure production deal with HBO’s parent company WarnerMedia, the 36-year-old actress and producer is partnering with PepsiCo’s bottled water brand LIFEWTR on its new “Life Unseen” campaign to find and give a platform to the next generation of diverse creatives.
The initiative, which launched on Wednesday, includes a contest that will give five artists from the worlds of fashion, film, music and visual arts a chance to be mentored by Rae and receive one of five $10,000 check to fund their next creative venture.

Rae said she decided to participate in the effort because it aligns with the mission of her own production company, Hoorae, which strives to find and give a platform to storytellers from underrepresented backgrounds who Hollywood has often overlooked in the past.

“I have so much admiration for LIFEWTR just because they’ve been championing diversity since they started as a company in 2017,” Rae told CNN Business over the weekend. “To be able to shine a light on people across these various industries and give them a platform to showcase their work, and not only give them a platform, but pay them to commission their work, just felt like everything I want to do and more.”

PepsiC (PEP)said the campaign’s goal is to narrow existing demographic disparities in the arts by spotlighting undiscovered artists.
“When unseen artists are seen, it inspires the next generation of creatives by shining a light on the problem,” said Zach Harris, vice president of marketing for PepsiCo Beverages North America’s water portfolio. “It’s really giving hope and awareness for the next generation.”
Contest competitors must post their creative work on Instagram using the hashtag #LifeUnseenContest. PepsiCo said the five contest winners will be announced some time during the summer.
Rae said she may be looking to hire some of the competing artists. She said she already signed a deal with Atlanta recording artist Yung Baby Tate after LIFEWTR introduced previously.
“She was the second artist we signed,” Rae said. “I’d loosely been following her music. I just became an instant fan.”
Next month, LIFEWTR will showcase a collection of new artistic labels for its water bottles that were designed by 20 artists from diverse backgrounds who were identified and commissioned to do the work last year. Some of the label designers – Shanée Benjamin, Christina Mallon, Gina Chavez and Anthony Blue Jr. – were chosen to star in LIFEWTR’s new ad publicizing its Life Unseen campaign. Yung Baby Tate did voice over work for the ad.

The chance to mentor diverse creatives is a full circle journey for Rae, who recalled the encouragement she felt after writing a letter pitching her first screenplay at the age of 16 to “Love & Basketball” screenwriter Gina Prince-Bythewood in 2001.
“She wrote me back not knowing who I was,” Rae said. “I still have that email because it inspired me.”
Source: Read Full Article