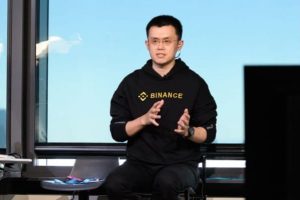 The US Commodity Futures Trading Commission is investigating the world’s most influential crypto exchange, Binance, Bloomberg reported, citing people familiar with the matter.

The months-long CFTC probe is focused on whether Binance broke rules by allowing Americans to trade cryptocurrency derivatives on the platform, which isn’t registered with the US regulators.

Binance, however, isn’t accused of misconduct and the CFTC’s probe may not lead to an enforcement action, said one of the people who asked not to be named discussing the investigation, which hasn’t been made public.

In response to the probe, Binance said that the exchanges is committed to complying with rules, but declined to comment on the report.

“We’ll continue to improve our compliance. We’ll also work very actively with regulators around the world to improve the compliance standards of the industry,” added Binanance co-founder Changpeng Zhao.

When you know it is FUD. pic.twitter.com/Phgs53mp9l

Earlier in October, Forbes obtained and published leaked documents that allegedly describe how Binance planned to evade US regulations and profit from American investors.

Binance, the parent company, was allegedly facilitating unregistered trading to US customers while flouting the nation’s banking laws. While Americans were not allowed to access its trading services through IP addresses based in the US, potential customers were taught how to mask their actual identities through virtual private networks, or VPNs, to disguise their locations.

Meanwhile, the files checked by Forbes staff claim to explicitly mention the need to undermine the ability of “anti-money laundering and U.S. sanctions enforcement to detect illicit activity,” and distracting almost all US regulators. This effort included, among other things, participating in a program launched by the Department of Homeland Security for detecting weaknesses in the financial systems.

In addition to the fiat ramp exchanges, Binance further planned to use its decentralized exchange to get revenues funneled back to the main business that is largely regarded as employing much less restrictive KYC and AML requirements.

The CFTC claims some jurisdiction over cryptocurrencies like Bitcoin, which it considers to be commodities. The main American swaps regulator also has the power to police crypto futures and other derivatives based on them.

The CFTC has already sued crypto exchanges and other operators for violating its derivatives regulations at home and abroad when US clients are involved.

Most crypto platforms say they bock any user who break their rules that bar onboarding US residents and nationals. However, they often claim that some registrants mask their location by using VPNs to assign their computer to a permitted country, tricking filters put in place.

In October, US authorities indicted the owners of crypto exchange BitMEX with a long list of charges that are focused on whether the popular venue broke CFTC rules by allowing US residents to register on the platform.

The complaint further claims that BitMEX, which handled nearly $4.4 billion in bitcoin trading volumes over the past 24 hours, acted as a counterparty to leveraged crypto trades, failing to implement KYC procedures and anti-money laundering procedures