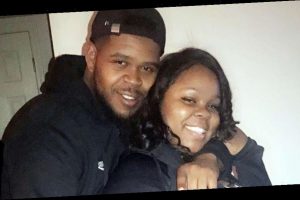 Kenneth Walker, the boyfriend of Breonna Taylor, has filed a federal lawsuit against the Louisville Metro Police Department and the officers involved in the deadly shooting.

The suit, filed together by multiple law firms Friday in the U.S. District Court for the Western District of Kentucky, accused the LMPD of violating his constitutional rights.

“This is a very important lawsuit to vindicate Kenneth Walker’s constitutional rights under the U.S. Constitution,” Cliff Sloan, a Georgetown University Law Center professor representing Walker in the suit, told ABC News. “We are seeking to ensure that there is justice and accountability for the tragic and unjustified police assault on Kenneth Walker and killing of Breonna Taylor.”

The lawsuit was filed one day before the anniversary of Taylor’s death.

On March 13, 2020, plainclothes LMPD officers Myles Cosgrove, Brett Hankison and Sgt. Jonathan Mattingly, executed a no-knock warrant at the apartment where Taylor and Walker were living in Louisville, Kentucky. The officers contended that Taylor’s ex-boyfriend was shipping drugs to the address.

The officers broke through the door as the couple was sleeping. Walker, a licensed gun holder, said he thought someone was breaking in and fired a single shot that hit Mattingly in the leg. The officers returned with a fusillade of bullets that struck and killed Taylor, a 26-year-old medical worker.

The complaint names the Louisville and Jefferson County Metro government and officers Hankison, Cosgrove and Mattingly.

The complaint further accused the LMPD of “tacitly approving excessive use of force” in failing to “adequately train its officers in using reasonable (and not excessive) force.”

“Although Mr. Walker had committed no crime, officers on the scene took him into custody. Defendant Hankison told Mr. Walker that he was ‘going to jail for the rest of [his] life,'” the complaint, obtained by ABC News, stated.

The LMPD told ABC News the department does not comment on pending litigation but the department has defended the officers saying they knocked and announced themselves at Taylor’s door in the incident. Walker said he heard banging at the door but when he asked who it was, they did not hear the police respond, per the lawsuit.

In September, Mattingly defended his actions in an e-mail to more than 1,000 of his colleagues saying, “I know we did the legal, moral and ethical thing that night. It’s sad how the good guys are demonized, and the criminals are canonized.”

In an exclusive interview with ABC News and Louisville’s Courier Journal in October, Mattingly offered empathy for Taylor’s death, saying, “It was tragic. It’s horrible.” When asked what he would do differently he said he would’ve stormed Taylor’s residence without giving her time to answer, claiming the shooting wouldn’t have happened if that were the case.

Walker was charged with attempted murder of a police officer in the raid. He said he fired in self-defense. The charge was dropped this week.

Last year, Walker filed an ongoing state court lawsuit in Jefferson Circuit Court against the city and the LMPD.

That suit claimed Walker should be exempt from criminal prosecution under Kentucky’s “Stand Your Ground” law which “protects all Kentuckians who seek to protect themselves or loved ones in self-defense,” according to the suit.

Taylor’s death sparked national protests decrying racism and police brutality. To this day, none of the officers involved in the raid have been charged in her death.