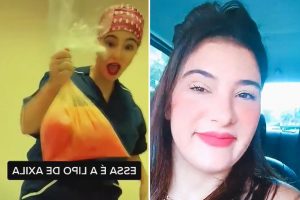 A surgeon in Brazil has had her license suspended after she performedTikTok dance videos whilst flaunting the removed fat and skin of her patients.

The Regional Medical Board of the State of Sao Paulo (Cremesp) made the decision after plastic surgeon Caren Trisoglio Garcia shared the vile footage on social media. 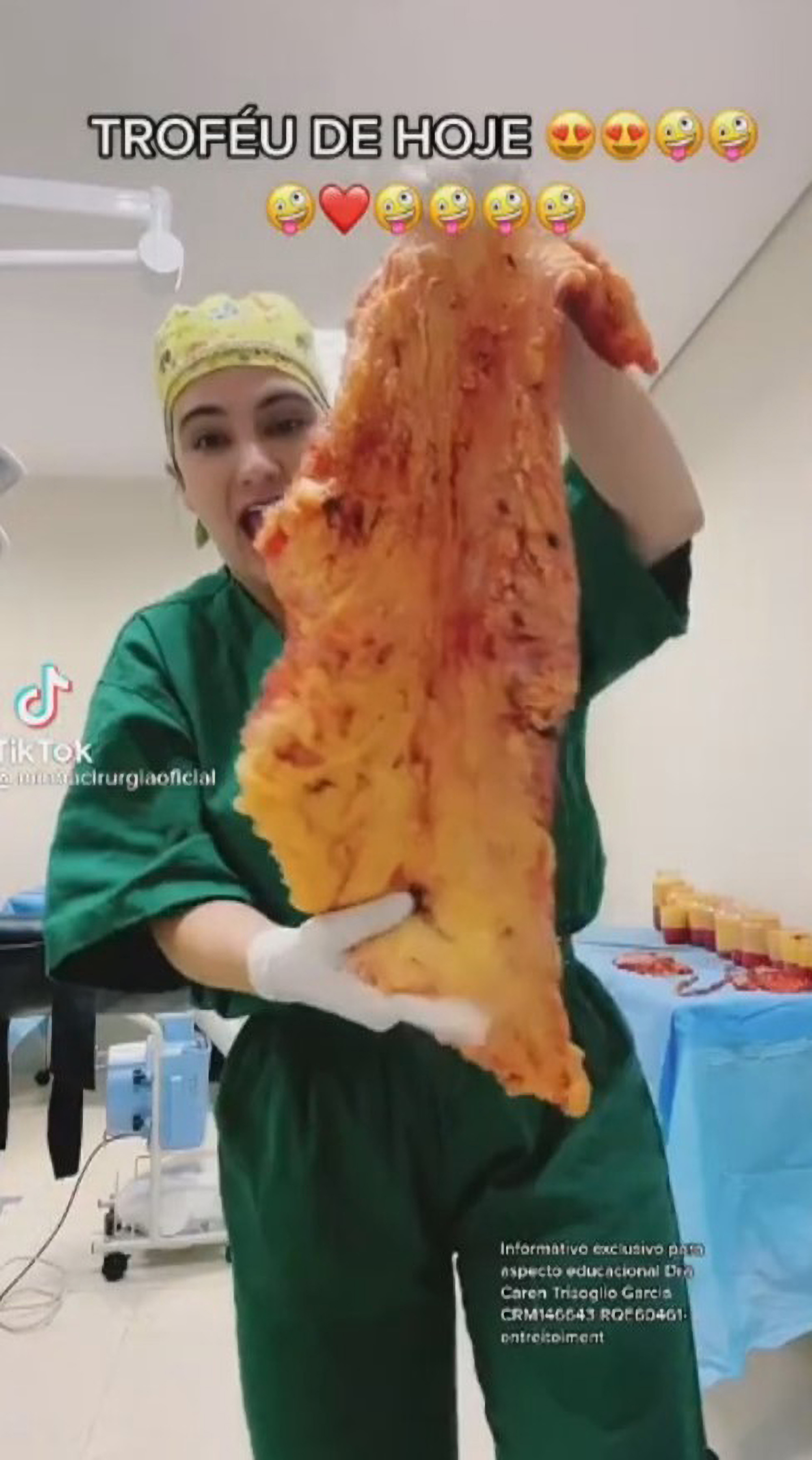 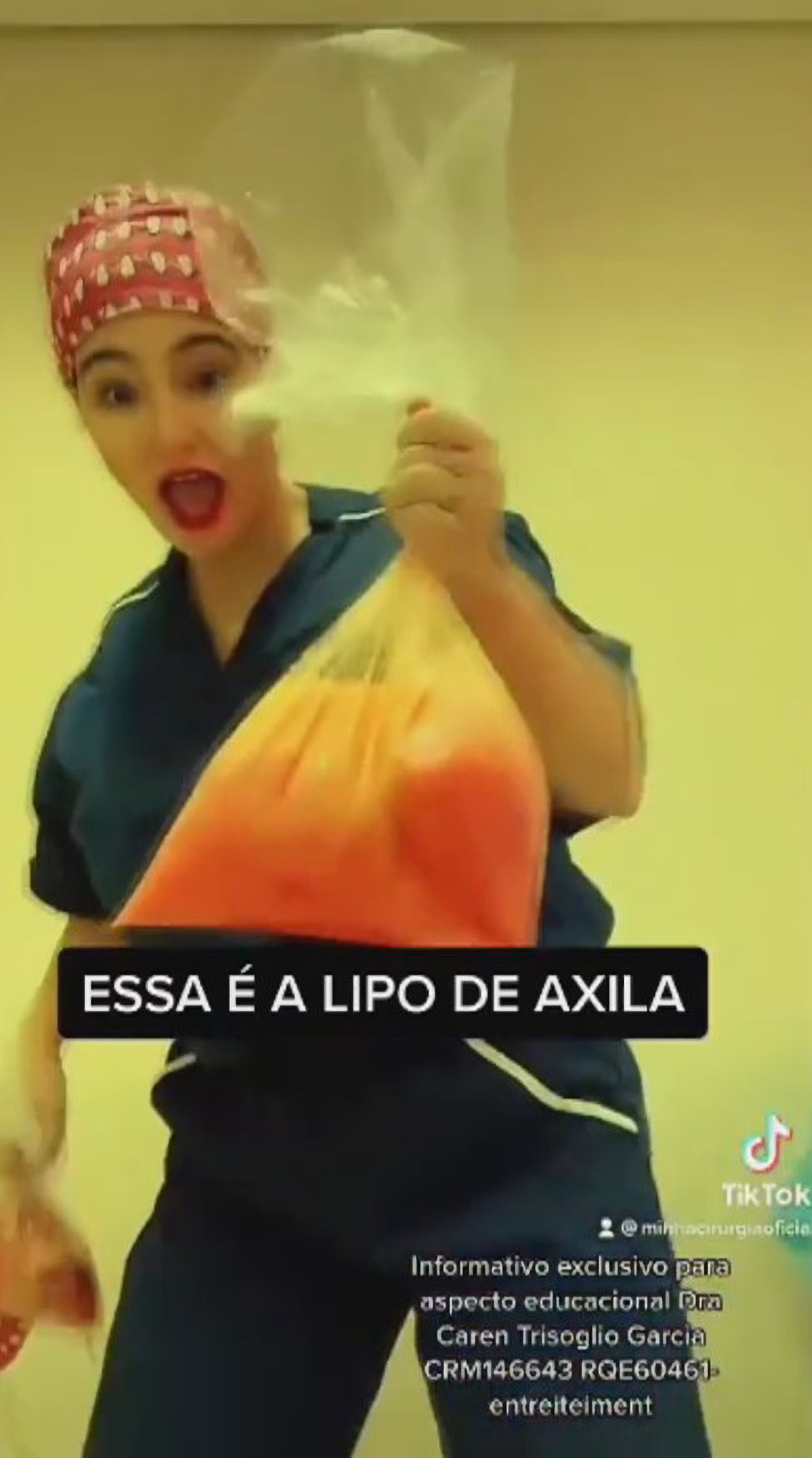 The Brazilian, who is from the Ribeirao Preto region, is now under investigation and could have her licence completely revoked if found guilty of misconduct.

In the videos, the surgeon can be seen smiling and dancing along to lively music whilst flaunting the removed fat and skin of her patients.

In one video, she can be seen holding a plastic bag of human fat to the camera, which she captioned “this is the breast”, before brandishing another liquid-filled bag saying “this is the underarm fat.”

In another video, she can be seen holding up a cut of fat and skin, which she captioned “today’s trophy” followed by a number of emojis, including a red love heart.

The surgeon boasts over 643,000 followers and some 11 million ‘likes’ on TikTok, which include posts of her posing and working out.

However, her latest video on the platform were branded “unethical” by the board of Brazilian Society of Plastic Surgery (SBCP), who proceeded to remove her for six months

The SBCP found that Garcia had broken five of its internal regulations, including sharing images of body parts.

Whilst the investigation ongoing, the surgeon will also not be able to attend to patients. 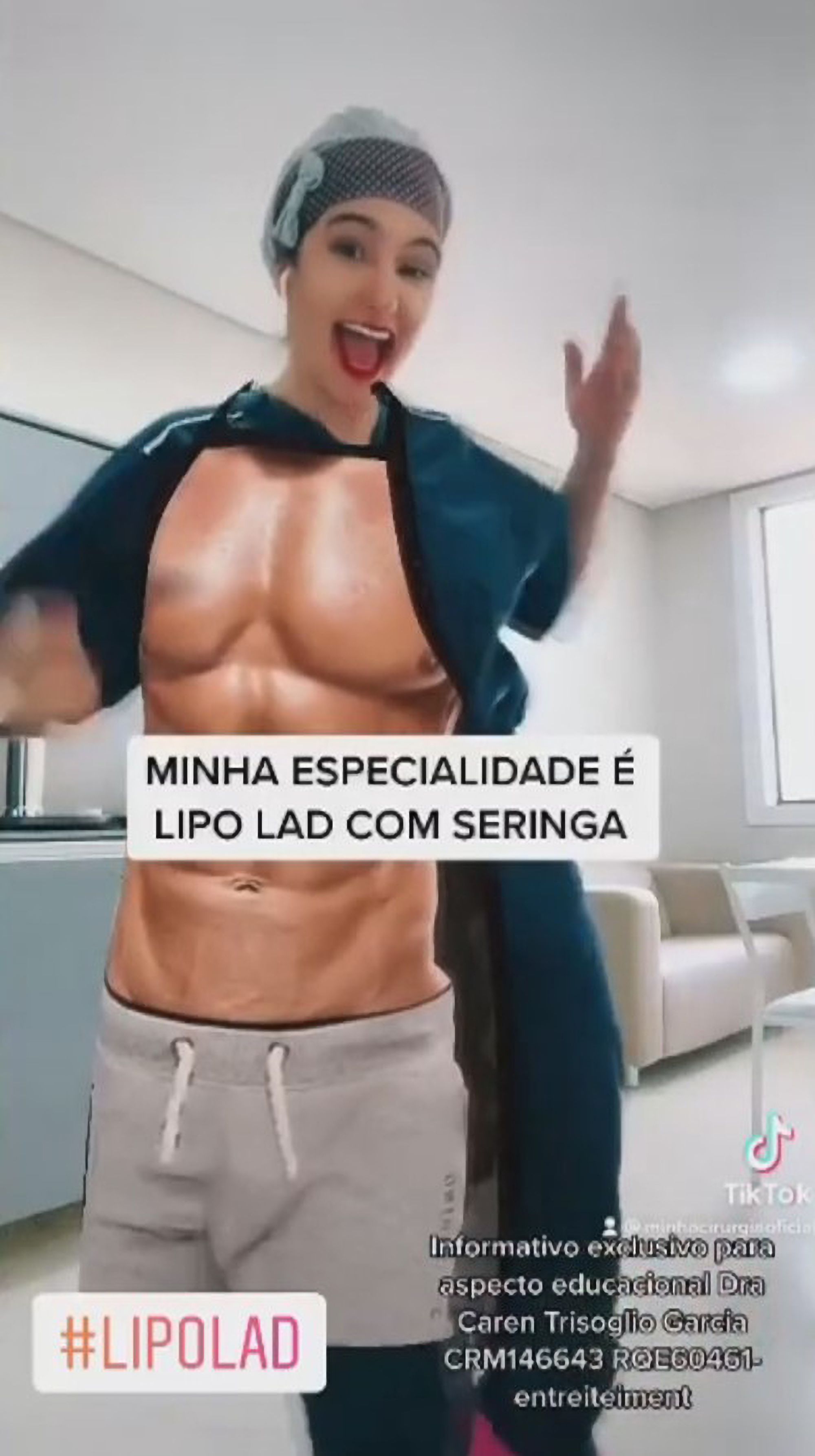 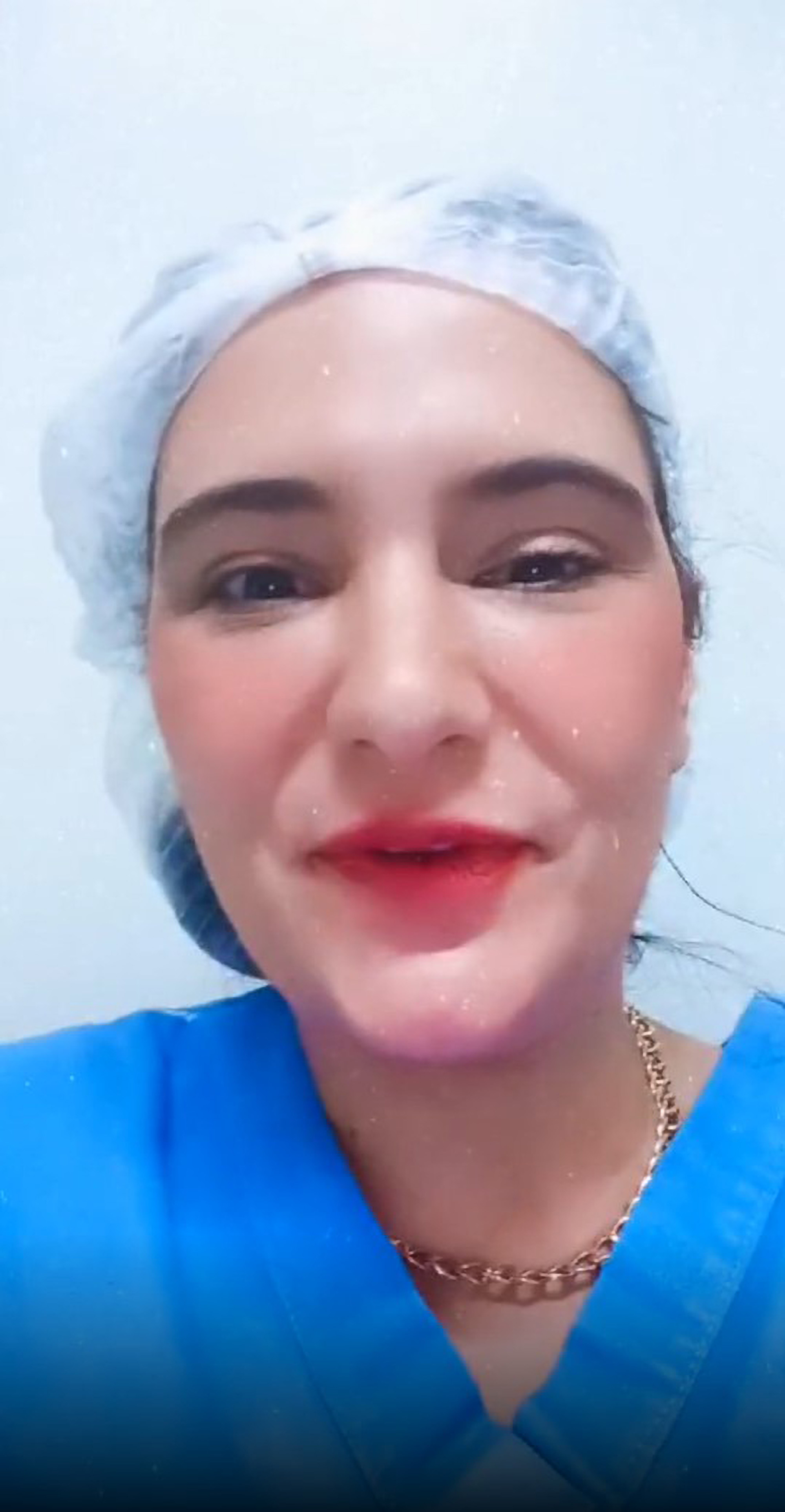