Home » Tucker Carlson: Official Washington wanted US to stay in Afghanistan, so they lied to ensure we would 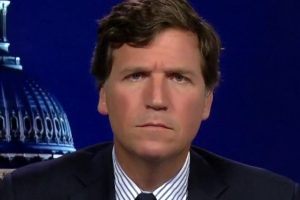 For five full years, through his campaign for President into his term in the White House, Donald Trump said often he wanted American troops to leave Afghanistan. Finally, in his last months in office, Trump seemed ready to act on this. He told aides he was going to pull the troops out.

Then, on June 26 of last year, The New York Times stopped him from doing that. The Times ran a story saying that the American intelligence community had “concluded that a Russian military intelligence unit secretly offered bounties to Taliban-linked militants for killing coalition forces in Afghanistan.”

Official Washington went berserk over the New York Times story. Though the piece contained no actual facts, CNN’s senior intelligence correspondent declared it “richly reported.” And the rest of the media fervently agreed with it.

The Times story was “independently confirmed” by many other outlets, though no one explained precisely how it was independently confirmed. But they didn’t need to because it was definitely true. We knew that, the story was real. The only question was, why hadn’t Donald Trump attacked Russia in retaliation for the killing of a U.S. soldier?

“The White House has yet to authorize any step in response,” the Times gravely noted. Suddenly, it was clear who Donald Trump was really working for.

CHRIS CUOMO, CNN, JUNE 30: We need to look at the real threat to U.S. troops in the risk that Russia was putting a bounty on their heads. No matter what memos may have been ignored. What is the truth of the matter here? Where do we have to focus? 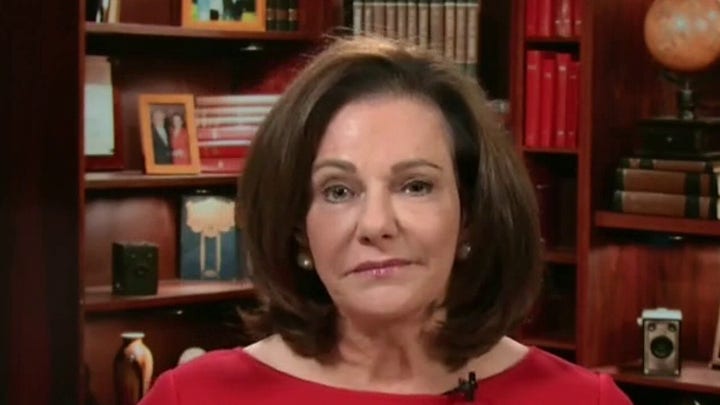 HILLARY CLINTON: It’s unbelievable, Joy. I mean, he is still yet to say anything, as the president of the United States, about bounties on American troops.

NICOLLE WALLACE, MSNBC, JULY 1: Do we really have a president, who on his fourth year as this country’s commander-in-chief doesn’t understand what intel is? It’s all a theory, they’re all leads until the explosions go off, until the bombs go off, until the attacks happen. This says something really scary about his fundamental lack of understanding about what the intelligence product is and does.

How bad is it? Donald Trump doesn’t even believe his own intelligence agency. That’s the lady who used to flack for Jeb Bush, and she was highly upset by this. “That’s really scary,” she said.

The Washington Post thought so. The Post fact-checker gave the president “Four Pinocchios” – that’s bad – for the crime of not believing blind quotes in The New York Times. The predictable rage avalanche followed. The Daily Beast declared it a “scandal.” And then Adam Schiff, chairman of the House Intelligence Committee, reminded this country that unnamed sources quoted in dishonest left-wing newspapers are the “gold standard” for what’s true.

SCHIFF: He’s inviting Putin to Washington, all while there is this credible allegation of Russians putting bounties on Americans heads. That to me is just inexplicable … But this is not a hoax and the fact that the intelligence community is still looking for additional evidence doesn’t make it a hoax … Americans reading this are outraged about what Russia may be doing. The one person that’s not outraged is Donald Trump … It doesn’t end up in the presidential daily brief if it’s a hoax. Our intelligence community not only doesn’t put hoaxes in the presidential daily brief, but rather it’s the gold standard.

We wish we could tell you it was just Democrats who were getting hysterical, but it wasn’t. Lying and neoconservatism are unfortunately bipartisan afflictions. Ben Sasse, the sensitive, tough-guy Republican who represents Nebraska in the Senate, said he wanted to see those dastardly Russian intelligence agents “in body bags.” Kill them! Kill them all!

Liz Cheney of Wyoming, who by any measure is twice the man Ben Sasse is, demanded to know what the president knew and when he knew it.

“What has been done in response to protect our forces and hold Putin accountable?” Cheney asked.

The cable shows turned it up to eleven. The House Foreign Affairs Committee held hearings. The New York Times story didn’t simply cause political problems for Donald Trump, though it did. It changed the foreign policy of the United States government.

Professional windbag Rep. Seth Moulton, D-Mass., told us how important it is.

SETH MOULTON: But now we learn that [Trump] was making this deal at the same time as there were bounties on the heads of American troops. American sons and daughters. We clearly need more oversight over what the president is doing in Afghanistan.

Seth Moulton was clear on one thing: we needed more oversight over Afghanistan. They soon got it. Days after the Times story, both Democrats and Republicans on the House Armed Services Committee overwhelmingly approved an amendment to the annual defense budget designed to prevent the president from pulling any troops out of Afghanistan. That amendment was sponsored by Jason Crow, a Democrat, and by Liz Cheney, who’s a Republican. It passed the committee by a vote of 45 to 11, and became law later in the year after the Senate overrode Donald Trump’s veto. We seem to recall that’s the only Trump veto Congress overrode.

Rarely has a news story had a swifter or more profound effect than this one did. By now you’ve guessed the punchline: it was fake.

The New York Times story was a lie placed by neocons in order to subvert our democratic system (as it did) and once again impose their will on the country. The public didn’t want to stay in Afghanistan for 20 years, but they did, and they got their way because they lied. The so-called “intelligence community” is now admitting this.

They’re admitting that the story isn’t true, and they’re doing it for a very specific reason: Joe Biden has decided he now wants out of Afghanistan, but before we can leave he needs new facts. You have to fix this story or you can’t pull the troops out. And the CIA is happy to oblige.

So none of it was real. They can say that now. But what we can’t do is stop attacking Russia. Maybe Russia didn’t actually put bounties on our troops, but Russia is still very bad. Russia, not China, is our chief enemy.

Adam Schiff reminded us of that Thursday.

MCFARLAND: MEDIA KNOW RUSSIA NARRATIVE IS ‘LIES’ BUT RAN WITH IT ANYWAY

JAKE TAPPER, CNN: The intelligence community says that they have low to moderate confidence it’s a true story. So, it looks as though Trump might have had the right response, don’t you think?

ADAM SCHIFF: Well, I don’t think Trump did have the right response in that he didn’t confront the Russians on this. He didn’t even appear to take the issue seriously. You know, it’s my sense that the intelligence community believes the Russians did engage in this conduct, but they don’t have the right level of confidence in that conclusion to go forward with sanctions on that basis.

So Donald Trump didn’t take the hoax seriously enough, and that’s a sign of bad character. We don’t know the Russians did anything wrong, but we must confront Russia over what we don’t know they did anyway. Attack Russia every day. If you don’t know why we’re doing it, they will. That’s our new position. The Biden administration just declared a national emergency, for no obvious reason. Biden announced that Russia has somehow taken “malign actions against U.S. interests.”

BIDEN, APRIL 15: Today, I have approved several steps, including expulsion of several Russian officials, as a consequence of their actions. I’ve also signed an executive order authorizing new measures, including sanctions, to address specific harmful actions that Russia has taken against U.S. interests. I was clear with President Putin that we could have gone further, but I chose not to do so. I chose to be proportionate … If Russia continues to interfere with our democracy, I’m prepared to take further action to respond.

Remember that for when you want a reminder of just how insane things got in the year 2021. That wasn’t posturing, that wasn’t “they’re bad.” Those are actions against a sovereign nation, a foreign power. Expelling their diplomats. Destroying their economy. Threatening to back their enemies in war – a real war too. Not a war of words, a war where people get killed. We’re doing all those things.

But why are we doing them? That’s the part no one ever explains. But they don’t need to, because Vladimir Putin is so unbelievably, historically, monstrously evil, you don’t need a justification to go to war against him. A man that bad should be punished just for existing, with nuclear weapons if necessary. Joe Biden even explained that Vladimir Putin has no soul.

GEORGE STEPHANOPOULOS, ABC, MARCH: You said you know he doesn’t have a soul.

PRESIDENT JOE BIDEN: I did say that to him, yes. And his response was, “We understand one another.” I wasn’t being a wise guy. I was alone with him in his office. That’s how it came about. It was when President Bush had said, “I looked in his eyes and saw his soul.” I said, “[I] looked in your eyes and I don’t think you have a soul.” And he looked back and he said, “We understand each other.”

GEORGE STEPHANOPOULOS: So you know Vladimir Putin. You think he’s a killer?

PRESIDENT JOE BIDEN: Uh-huh. I do.

You don’t have a soul? You’re a demon, a human gargoyle.

This is a head of state who has over 1,000 nuclear weapons aimed at us. Why is our president talking about Russia this way? Well, it’s obvious. We’re clearly moving toward some kind of larger confrontation with Russia. Why are we doing that, and what would it look like?

This article is adapted from Tucker Carlson’s opening commentary on the April 16, 2021 edition of “Tucker Carlson Tonight”