Ripple price declined sharply during the past three sessions and moved below $0.6300 against the US Dollar. XRP/USD may recover a few points, but it could face resistance near $0.7100.

The past three sessions were mostly bearish and Ripple price tumbled below a key support at $0.7350 against the US Dollar. The XRP/USD pair started a downside move from the $0.7900 swing high and declined by more than 15%. 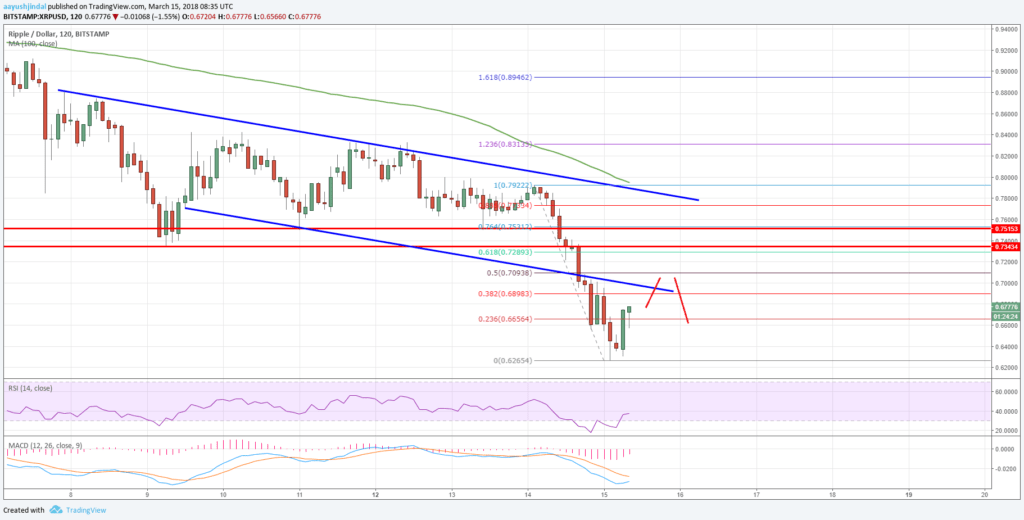 It cleared the path for more losses and the price declined below the $0.6300 level and settled well below the 100 simple moving average (2-hours). The price traded as low as $0.6265 and it is currently recovering.

On the downside, the $0.6250 level is a short-term minor support. A break below the mentioned $0.6250 support could ignite sold declines in the near term towards the $0.6000 level, which is the next buy zone.