Global karate organization BoutsPro aims to bring together an estimated 190-mln strong karate community by using Blockchain. As there are so many different styles of karate, there are many different governing organizations (Such as ITKF, WKF and WFF) overseeing tournaments and rankings. The BoutsPro white paper outlines how bringing all elements together needs a strong fund management system which can generate revenue from multiple sources, for example, sponsorship and advertisements.

The company highlights how the teaching of karate differs from other mainstream sports such as football, where players can get started and develop without the need for direct contact with a coach; karate students need an expert to personally guide them from the beginning, both physically and mentally. So now through the use of Blockchain and cryptocurrency, BoutsPro claims they have found a way to effectively manage these important relationships around the world. The white paper explains that by implementing Blockchain, it will ‘allow trust management and efficiency on the technological level. This will help to establish the system which can manage the whole system as well as the market requirements.’ They also say that this will be attractive to companies not yet involved in karate, as well as those already invested or involved in sponsorship with the sport. The team of karate ‘legends’ hopes to use cryptocurrency to ‘transform traditional karate to professional karate,’ thus upping the profile of the ancient martial art.

As a result, BoutsPro has launched their own crypto token (BOUTS, type ERC20) based on Ethereum Blockchain technology (1 ETH = 9,000 BOUTS). The ICO began on March 11th (no presale or private sale– the team would like to emphasize that it has a focus on equal opportunity) and will continue until March 25th.

There are extensive ways for holders to utilize their tokens. The centralized portal of BoutsPro will allow users to access lots of karate information relevant to them, such as details on ranking and tournaments, plus access to training tips. Tickets to events can also be purchased online using BOUTS. Private clubs and teams (to participate in the World Professional Karate League) will be franchised and sold on the revenue share module. 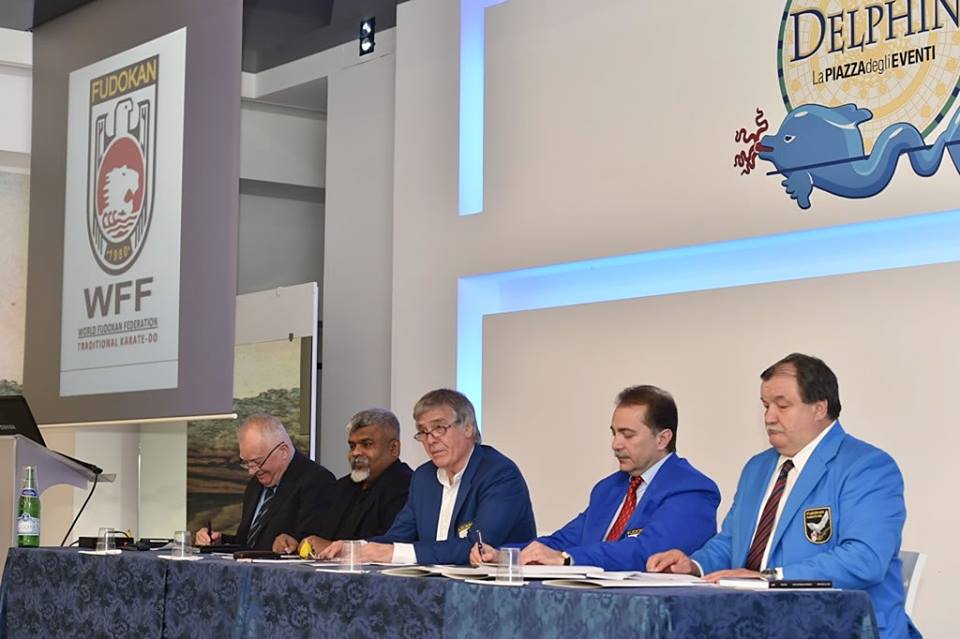 Other developments include BoutsPro TV (in partnership with QuickMedia and Pozetta Broadcasters) featuring live streaming and on-demand services for users. They aim to be creating content by later on in 2018. Relating to this are their plans to enter film production. Inspired by the success of martial arts titles such as ‘Karate Kid,’ BoutsPro hope to produce ‘one world class movie based on karate, per year.’  Users can also exchange BOUTS for participation in the dedicated online gaming platform, which aims to ‘provide healthy entertainment and educate basics of karate to the common people as well athletes.’ Finally, BoutsPro is planning to create world-class stadiums and dojos around the world for their members, as well as launching specialized sports insurance for BoutsPro athletes.

Disclaimer. Cointelegraph does not endorse any content or product on this page. While we aim at providing you all important information that we could obtain, readers should do their own research before taking any actions related to the company and carry full responsibility for their decisions, nor this article can be considered as an investment advice.