After 40% rise in Q1, capital expenditure dropped in July

Almost all infrastructure ministries continued spending on capex throughout the lockdown, even as the Centre tried to maintain some semblance of economic normalcy. 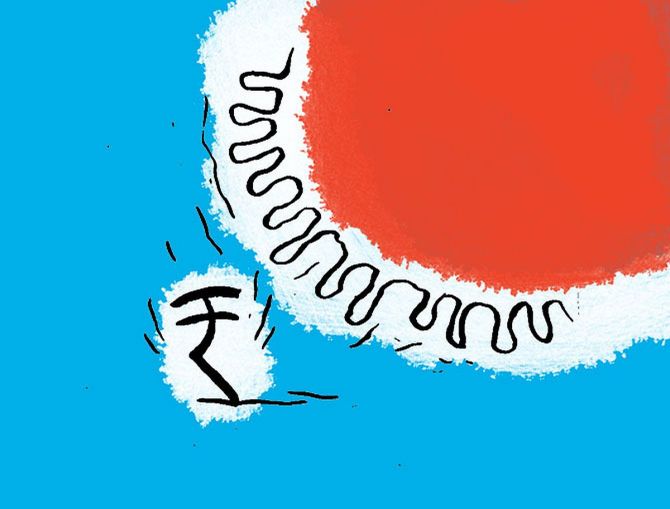 India’s economy might have shrunk by a quarter with Covid-19 gathering pace, but the Centre has walked the talk on capital expenditure (capex), shows the data from the Controller General of Accounts (CGA).

Figures released by the CGA show that capex for April-June, of Rs 88,273 crore, was 40 per cent higher than the same period last year.

However, by July-end, that gap had narrowed to just 4 per cent.

What explains the narrowing of that gap between June and July?

The answer, for the most part, is the 2019 general elections.

It is well known that in an election year, while the incumbent finance minister presents an interim Budget for the full year, the Parliament passes a vote on account for Q1 only.

After the elections, a full-year Budget is presented in late June or early July.

“There was less capex in April-June last year, compared to other years, since the election cycle was in full swing.

“It is only after the government retained power and a new Budget was presented that the capex picked up from July 2019,” a senior government official told Business Standard.

However, lower than usual spending in an election quarter does not tell the whole story.

The data shows that almost all infrastructure ministries continued spending on capex throughout the lockdown, even as the Centre tried to maintain some semblance of economic normalcy.

The ministry of civil aviation spent 18 per cent of its FY21 capex allocation in April-June, compared to none for the same period last year.

The ministry of petroleum and Natural Gas spent 3x its capex allocation, compared to the same period last year.

And it showed up in the gross domestic product (GDP) data.

India saw the biggest fall in GDP in its independent history, as the April-June GDP contracted 23.9 per cent year-on-year.

However, at constant prices, the Government Final Consumption Expenditure (GFCE) was 18.1 per cent of GDP, compared to 11.8 per cent for the same period last year.

Public administration, defence, and other services contracted 10.3 per cent, even as sectors like construction and manufacturing contracted 50.2 per cent and 39.3 per cent, respectively.

At current prices, GFCE was 19.1 per cent of GDP, compared to 12.3 per cent for the same period last year.

Public administration, defence and other services contracted 5 per cent, compared to construction and manufacturing, which contracted 51.4 per cent and 39.3 per cent, respectively.

As for the relatively slower pace of capex in July, officials say the month-on-month (MoM) variations will get balanced out at the end of a quarter.

“These monthly figures are misleading because we have various quarterly expenditure controls, which accumulate and pay at the end of the quarter.

“These may get balanced out in the last month of the quarter, which, in this case, is September,” said a second government official.

Analysts agree with that assessment as well, and say there is a need to wait a few more months to gauge the government’s commitment to its capex plans.

“It is actually difficult to predict what the capex will look like this year, because of MoM variations in spending, as well as revenue squeeze.

“According to my calculations, the Centre will spend Rs 50,000 crore more on the capex side.

“We will probably need a few more months of data and perhaps wait till the end of the first half of FY21 (September 30) to reach any conclusion,” said Nayar.

Despite the hit on revenue, finance ministry officials are confident about the Centre meeting its capex target of Rs 4.12 trillion this fiscal year, which is Rs 63,178 crore higher than the Revised Estimates for FY20.

For the second half of the year, the Centre is planning a major infrastructure push to create more jobs and spur demand.

They have been instructed not to compromise on their capex targets.