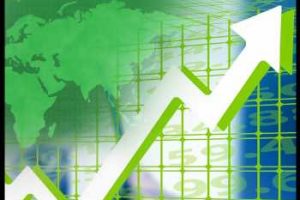 Asian stock markets are mostly higher on Friday, despite the broadly negative cues overnight from Wall Street, with support from higher crude oil prices and as traders are picking up stocks at a bargain after the recent sell-off. Meanwhile, traders remain cautious amid the rapid spread of the coronavirus Omicron variant in most countries. Asian markets ended sharply lower on Thursday.

The Australian stock market is sharply higher on Friday, recouping some of the sharp losses in the previous two sessions, with the benchmark S&P/ASX 200 just below the 7,500 level, despite the broadly negative cues overnight from Wall Street, led by gains across most sectors as traders bought stocks at a bargain after recent sell-off.

Among major miners, Rio Tinto and Fortescue Metals are adding almost 2 percent each, while BHP Group is up more than 2 percent, Mineral Resources is gaining almost 1 percent and OZ Minerals is edging up 0.4 percent.

Shares in API are plunging more than 12 percent after grocery giant Woolworths withdrew its takeover bid for the owner of Priceline pharmacies. API has now agreed to a rival bid from Wesfarmers, which values the company at $764 million.

In the currency market, the Aussie dollar is trading at $0.717 on Friday.

The Japanese stock market is trading significantly lower on Friday after being in the green most of the morning session, extending the sharp losses in the previous session, with the benchmark Nikkei 225 staying above the 28,300 level, following the broadly negative cues overnight from Wall Street, after data released showed a plunge in household spending and a jump in inflation.

Traders are also concerned after several countries across the world announced stricter restrictions on movements to curb the fast spreading Omicron variant of the coronavirus.

In the tech space, Advantest is edging up 0.5 percent, Tokyo Electron is gaining almost 1 percent and Screen Holdings is adding more than 1 percent.

Among major exporters, Mitsubishi Electric and Cannon are edging up 0.3 percent each, while Sony is losing almost 1 percent and Panasonic is flat.

In economic news, overall consumer prices for the Tokyo region of Japan were up 0.8 percent on year in December, the Ministry of Internal Affairs and Communication said on Friday. That was in line with expectations and up from the 0.5 percent gain in November. Core CPI, which excludes volatile food prices, climbed an annual 0.5 percent, again matching forecasts and up from 0.3 percent in the previous month. On a seasonally adjusted monthly basis, both overall inflation and core CPI were up 0.1 percent.

Further, the average of household spending in Japan was down 1.2 percent on month in November, the Ministry of Internal Affairs and Communication said on Friday – coming in at 277,029 yen. That was well shy of expectations for an increase of 1.2 percent following the 3.4 percent gain in October. On a yearly basis, household spending sank 1.3 percent – again missing forecasts for an increase of 1.6 percent after dipping 0.6 percent in the previous month. The average of monthly income per household stood at 481,838 yen, up 1.1 percent on year.

In the currency market, the U.S. dollar is trading in the higher 115 yen-range on Friday.

On Wall Street, stocks showed a lack of direction over the course of the trading day on Thursday following the sell-off seen late in the previous session. The major averages spent the day bouncing back and forth across the unchanged line before eventually closing in negative territory.

The major European markets also moved to the downside on the day. While the U.K.’s FTSE 100 Index slid by 0.9 percent, the German DAX Index and the French CAC 40 Index tumbled by 1.4 percent and 1.7 percent, respectively.

Crude oil prices moved sharply higher Thursday, lifted by rising unrest in Kazakhstan and supply outages in Libya. Hopes that the Omicron variant of the coronavirus will not significantly impact global oil demand also contributed to the increase in prices. West Texas Intermediate Crude oil futures for February ended higher by $1.61 or 2.1 percent at $79.46 a barrel.