Home » Business » Reforms are about implementation, not announcements

Reforms are about implementation, not announcements

‘The promises of netas and babus and new laws, however well-meaning, mean little.’
‘What matters is implementation on the ground.’
‘Every law is finally implemented by a vast army of officials, inspectors, taxmen, and a police force, who are often extortionate,’ notes Debashis Basu. 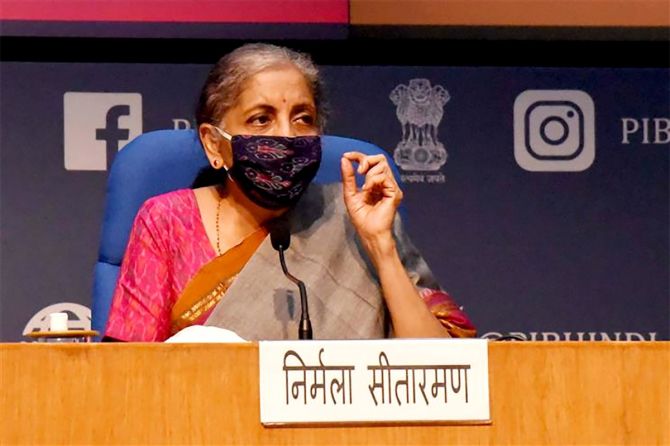 The Narendra Modi government has secured Parliament’s nod for the three farm Bills that it wants to make into law. One of them makes contract farming legal while the other makes free trading in farm products possible. This would be a revolutionary move if implemented the way it is intended. It is the biggest ‘reform’ move attempted after 1991.

A second big ‘reform’ pushed through was the repeal of old labour laws. Parliament has passed three Bills that have codified 44 labour laws under four heads: i. Wages; ii. Industrial relations; iii. Social security; and iv. Working conditions. The code on wages was passed by Parliament last year. Among various provisions, business entities with fewer than 300 employees can fire employees more easily.

These two moves have burnished the fading reformist image of this regime and upped the flagging expectations of those who expected large-scale reform, but have been disappointed so far.

Since labour and agriculture have been among the knottiest issues, which the government has now tackled head-on, it is easy to extrapolate that more reforms are on their way and conclude that Modi is finally living up to his promise of development and job creation.

class=”rbig”>Before you jump to that conclusion, consider these other events that are also from the last couple of weeks.

British telecom major Vodafone has just won the arbitration against India over retrospective tax demand at the Permanent Court of Arbitration at The Hague. The unanimous ruling said that the India’s tax department had not treated Vodafone in a fair and equitable’ manner.

It observed that retrospective taxation, in contradiction to the Supreme Court’s judgment in favour of Vodafone, was in breach of the bilateral investment treaty. The case spans four regimes — two led by the Congress and two by the Bharatiya Janata Party.

Successive governments have tried to extort a piece of Vodafone’s $11 billion acquisition of a 67 per cent stake in the mobile phone business owned by Hutchison Whampoa in 2007, through some weird tax logic.

When the government lost the case in the Supreme Court, it enacted a law in 2012 with retrospective effect and tried to extract Rs 7,990 crore in capital gains taxes, plus interest and penalty — which has increased to Rs 22,100 crore now.

When Arun Jaitley was the Opposition leader, he was Vodafone’s legal counsel and had also criticised the retrospective amendment, as did Modi. But when they assumed power, not only was the retrospective amendment not scrapped but on February 12, 2016, Vodafone received a notice of an ‘outstanding tax demand of Rs 22,100 crore, along with a threat to confiscate Indian assets if the tax is not paid’.

This is why a big supporter of this government, financial expert Vallabh Bhansali, said a few weeks ago: ‘Unfortunately, in our country, governments don’t like to lose. If some tax regime or provision goes against the government, it changes the law. The citizen is battered that there is no way his innovation can work and he must always lose. Subsidies, arbitration awards are not paid fully and therefore there is a lack of confidence.’

The second event last fortnight was US motorcycle manufacturer Harley-Davidson’s decision to exit India due to extremely poor volumes and profitability, even though it had US President Donald Trump himself pushing India to reduce tariffs.

Earlier, in 2017, General Motors wound up operations and sold its plant.

Last year, Ford Motor Company transferred most of its India assets to a joint venture with Mahindra & Mahindra, after struggling for two decades in the world’s fourth-largest automobile market.

It is surely not anyone’s fault that Harley, General Motors, and Ford are leaving in India. But then last fortnight there was this third event.

Shekar Viswanathan, vice-chairman of Toyota Kirloskar Motors, said that Toyota would not expand further in India due to the country’s high tax regime. ‘The message we are getting, after we have come here and invested money, is that we don’t want you,’ Viswanathan told Bloomberg.

‘You’d think the auto sector is making drugs or liquor,’ he said, referring to exorbitant taxes on vehicles. ‘At the slightest sign of a product doing well, they slap it with a higher and higher tax rate,’ he said.

The high taxes put cars out of the reach of many consumers, while factories are idle and jobs aren’t created, he alleged.

So, the past two weeks would have told you everything you need to know about doing business in India: The promises of netas and babus and new laws, however well-meaning, mean little. What matters is implementation on the ground.

Every law is finally implemented by a vast army of officials, inspectors, taxmen, and a police force, who are often extortionate.

As I write this, I recall that, ironically, some 26 years ago I had written a piece arguing it’s the implementation that mattered, and that we shouldn’t get too excited with every announcement of reforms (it was the heyday of reform under Narasimha Rao and Manmohan Singh).

Over nine different regimes over three decades, most of our reforms have delivered too little because they slipped out of the leaky bucket of implementation.

Debashis Basu is the editor of www.moneylife.in