Home » Business » Warren Buffett gave $10,000 in cash to each of his relatives at Christmas

Warren Buffett gave $10,000 in cash to each of his relatives at Christmas 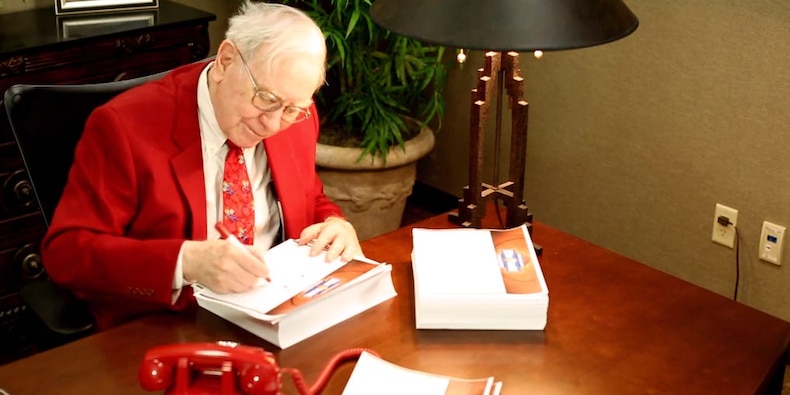 The famed investor and billionaire CEO of Berkshire Hathaway certainly makes an effort when the holidays come around. Here are the details of his signature gifts.

Warren switched things up after realizing his family were blowing through the lump sum – worth more than $30,000 in today’s dollars.

“One Christmas there was an envelope with a letter from him,” Mary told ThinkAdvisor. “Instead of cash, he’d given us $10,000 worth of shares in a company he’d recently bought, a trust Coca-Cola had. He said to either cash them in or keep them.”

Mary decided the stock was worth more than $10,000, so she held onto the shares. After they rose in value, she repeated the strategy with Warren’s future gifts.

“Every year when he’d give us stock – Wells Fargo being one of them – I would just buy more of it because I knew it was going to go up,” she said.

‘Wheel out the dresses’

Buffett is famously prudent in allocating resources across Berkshire’s companies. He also prizes efficiency in his Christmas shopping.

The billionaire’s strategy in the 1960s was to visit Topps, a dress shop in his hometown of Omaha, Nebraska, and hand an employee a list of the dress sizes of all the women in his life, Alice Schroeder wrote in “The Snowball: Warren Buffett and the Business of Life.”

“I would go over and they’d wheel out the dresses,” Buffett said. “I’d make a variety of decisions and buy presents for my sisters, Susie, Gladys, and so forth. I kind of enjoyed it.”

Buffett sends boxes of See’s Candies – one of Berkshire’s best investments ever – to dozens of relatives and friends each year, his longtime friend Carol Loomis wrote in Fortune. Each box comes with his annual Christmas card attached.

In 2013, the card showed Buffett dressed as Walter White from “Breaking Bad” with the message “Have yourself a Meth-y Little Christmas.”

In 2016, it featured Buffett and his Berkshire partner, Charlie Munger, dressed in black tie for their induction into the Texas Business Hall of Fame with the caption “Butch & Sundance.”

In 2018, the card showed Buffett wearing a T-shirt reading “The Next Charlie Munger” with the caption “Aiming High in 2019.”

Buffett’s Christmas card for 2020 shows him with his arm around a metal bust of Munger, who was unable to join him at Berkshire’s annual meeting due to the pandemic. His sweater reads,”You can never have too much love or too much gravy.”  The caption below reads, “…. or too much Charlie.”