Home » Crypto » Bitcoin at $10k level: why capitulation is the need of the hour

Bitcoin at $10k level: why capitulation is the need of the hour

A total of $29.85 billion has been erased from Bitcoin’s market capitalization since the last peak on August 18, 2020. This decline has led to speculation if the ongoing market is bullish and wild price swings have come from BitMEX or other top exchanges, or is it bearish. Bitcoin’s price is in the $10.3-$10.6k range and for a true ‘bottom’, analysts suggest that a “capitulation” will take place right before rock bottom.

Previously, capitulation was recorded at the $6k level. Back in November 2018, capitulation was big. Several industry figures like Barry Silbert labeled this “capitulation”. There was a record low RSI index recorded in BTC/USD charts in 2018. Looking at the current price action, popular Bitcoin maximalist Willy Woo has commented on the market manipulation since the last capitulation.

Since 3k, there have been wild swings in the market and BitMEX is responsible for most, as per Willy Woo. Since Bitcoin’s trade volume on exchanges is currently low, the infamous price swings brought about BitMEX’s perpetual swap have skewed the price one way or another in the past.

Futures contract settlements have stirred the prices on spot exchanges frequently, and the same applies to CME settlements. However, in the absence of market action from BitMEX, whales may regroup on CME or elsewhere and continue the same. Having said that, we are currently in a bull market, which is a pseudo bear due to the latest developments. Though Bitcoin is trading well above its premium, there are signs of an upcoming capitulation. The only missing component currently is the volume. However, with HODLers booking unrealized profit/loss, this may change soon. Based on data from the whalemap, Bitcoins bought above $4000 in the $4-6k range were sold yesterday.

HODLers have been spending Bitcoin purchased over 2 years back and unrealized losses are in the range of 7-8k and this may be the beginning of capitulation. If this continues and more HODLers spend their holdings, it is likely that as speculation around Bitcoin’s price drop, capitulation may set in. Based on the current on-chain analysis, the market is bearish and the sentiment has stayed this way for most of 2020. 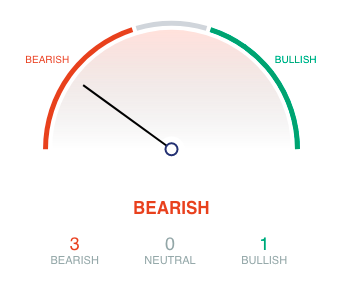 Based on data from chainalysis, bitcoin inflow to exchanges has dropped over 30% in the past 2 days. However, if it recovers to the pre-MEX indictment level there is a possibility that volume on spot exchanges goes up. If trader sentiment continues to remain bearish and crosses the 180-day average, it’s likely that there’s only one way, and it’s down.