Bitcoin Over $100,000 Is Still Possible By Year-End, Says Research Analyst 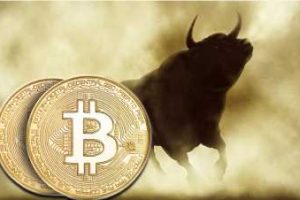 Bitcoin has made a number of marked recoveries in its price lately. The most notable of this recovery has been the break above $57,000. This effectively set a new four-month high, hitting price points that have not been reached since the market had peaked in May.

It is no doubt that the bulls currently have control of the market and investors’ sentiment is very positive with this. But CrossTower research analyst Martin Gaspar thinks this may only be the beginning of the rally. It would seem the analyst is in the camp of investors who expect the digital asset’s price to hit $100,000, which Gaspar says could very well happen in the three months left of 2021.

Related Reading | Why A Parabolic Move Is Expected For Bitcoin, Billionaire Mike Novogratz

The CoinMarketRecap podcast hosted CrossTower research analyst Martin Gaspar on its latest episode to talk about the future trajectory of the top cryptocurrency. Gaspar, who took a bullish stance on the digital asset, emphasized the asset’s growing scarcity as a good thing for its value going forward.

Bitcoin’s scarcity is partly attributed to the increase in long-term holders of the asset. A reported 81% of the entirety of bitcoin’s supply is currently held in wallets that are holding for the long-term, also referred to as diamond hands. And this has put significant buy pressure on the market as bitcoin heads into a historic supply squeeze.

Gaspar also commented that the expected 200,000 BTC coming into the market from the Mt. Gox settlement will not lead to a mass sell-off. The analyst believes that the investors who are finally getting their bitcoins back after years of fighting for it are most likely just going to hold the coins given the growth of the asset in the past few years.

“I don’t think we’re going to see as much selling pressure from these sorts of investors. Bitcoin has continued to outperform all other assets during this timeframe, so I think a lot of them will feel it may just be safer to hold on to their Bitcoin.

Martin Gaspar outlined factors that influence bitcoin price towards the end of the year. The analyst explains that the time-crunch of the year running out usually has traders putting money into the market to squeeze out more gains before the year runs out. Also, Gaspar says, that traders are coming out from the slow months of summer, and this resumption in activities can boost the market.

Even with the recent gains in the market, Gaspar sees the market trending higher for the rest of 2021 and well into the first quarter of 2022. With this trend, the analyst puts the price at the end of the year above $100,000, perhaps even trending as high as $150,000. But Gaspar believes investors will hold through this point. Only seeing some sell-off around the $200,000 mark.