President Donald Trump stunned even hardened observers when he admitted on national television Thursday morning that he would not agree to additional U.S. Postal Service funding because it would make mail-in balloting easier.

“Now they need that money in order to make the post office work so it can take all of these millions and millions of ballots,” he said. “But if they don’t get those two items, that means you can’t have universal mail-in voting.”

Later Thursday, Vice reported that the Postal Service is removing machines that sort mail ― including ballots ― from offices without an explanation, further raising alarms that Trump will degrade the post office to hurt mail-in voting.

But starving the Postal Service of funding is just one tool at the president’s disposal to slow or stop the counting of ballots sent by mail. Trump’s campaign and the Republican National Committee are already engaged in litigation to prevent voters from easily casting absentee or mail-in ballots. In Pennsylvania, they are trying to block the implementation of ballot drop boxes ― curbside boxes where voters can drop their absentee ballots to be picked up by election officials. In California, the RNC tried to stop the mailing of ballots to all voters, but failed. And the Trump campaign is also challenging a new Nevada law that would mail ballots to all active voters.

Trump administration figures are also discussing potential executive actions that could curb mail-in balloting in an effort to undermine democratic elections, according to Politico. These include directing the Postal Service not to deliver mailed ballots and ordering state officials to stop counting absentee ballots on Election Day, even though the president doesn’t have legal authority to do either of these things.

The plot is simple: Trump hopes to emerge from Election Day with a slim lead, but with millions of absentee ballots still left to count. Then he will fight tooth and nail to stop those ballots, which he has long painted as “fraudulent,” from ever being counted. 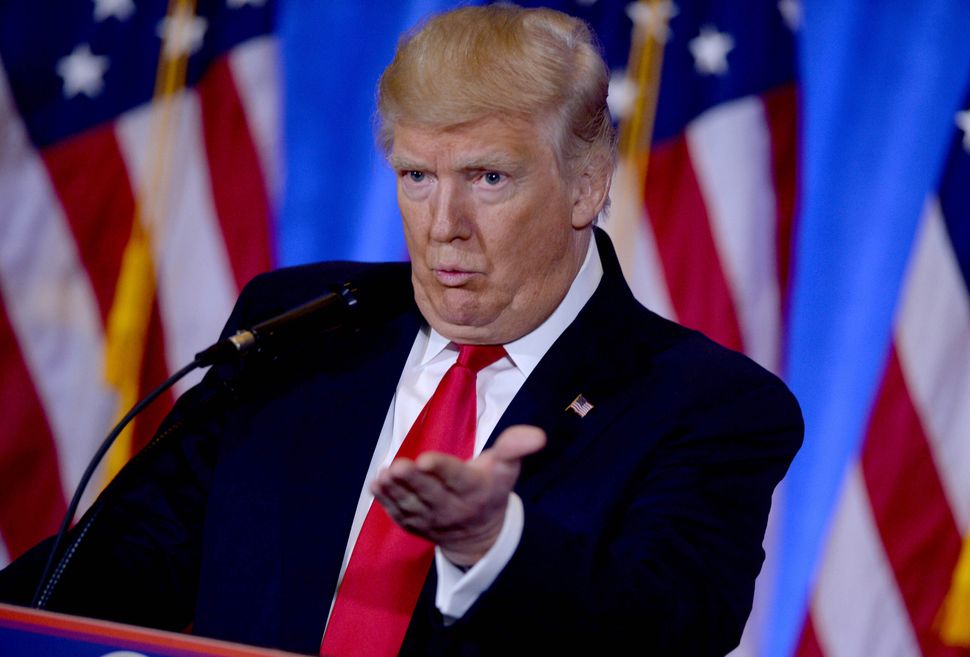 Something called the “blue shift” has happened in all of the recent election cycles ― but is expected to be more pronounced than ever this November. That’s the name Ned Foley, an election law professor at Ohio State University’s Moritz School of Law, gave in 2014 to an emerging trend where votes counted after Election Day heavily favored Democrats.

These legally cast post-election votes came from both provisional ballots ― which are cast by voters whose eligibility is uncertain and needs to be verified ― and absentee or mail-in ballots, the use of which increased in many states in recent years.

For example, on Election Day 2016, Hillary Clinton was ahead of Trump nationally by 236,000 votes, but her eventual popular vote lead ended up close to 3 million. (The shift was not pronounced enough in Michigan, Pennsylvania and Wisconsin, and so she narrowly lost those deciding states.)

In 2018, Arizona Republican Martha McSally ended election night ahead of Democratic candidate Kyrsten Sinema by 15,000 votes. But Sinema won 71,000 more of the ballots not yet counted on election night and won by nearly 56,000 votes.

In each of these cases, Trump falsely claimed that Democrats won by committing fraud.

“Electoral corruption — Call for a new Election? We must protect our Democracy!” Trump tweeted after Sinema took the lead from McSally two days after the election as mailed ballots were being counted.

The coronavirus will simply cause “a quantum leap in the magnitude of these shifts,” Rick Pildes, a professor at New York University School of Law, wrote in an article for Lawfare, as almost every state has adopted no-excuse absentee voting in response to the pandemic. States already saw radical increases in absentee balloting in primary elections this spring and summer, a trend that is only expected to increase in November.

Polls already show that Democratic Party voters will likely cast a high proportion of provisional ballots. An ABC/Washington Post poll conducted in July found that 51% of Democrats plan to cast their vote by absentee ballot in November compared to 20% of Republicans. A Marquette University Law School poll found a similar split among voters in Wisconsin, a key swing state.

This means that Trump could come out ahead on Election Day with millions, or tens of millions, of absentee and provisional ballots still left to count.

“The position that [Trump] takes and that some others have taken is transparently driven by who they think is going to vote and how they think they’re going to vote,” said Sean Morales-Doyle, deputy director for voting rights and elections at the Brennan Center for Justice.

The Legal War To Come 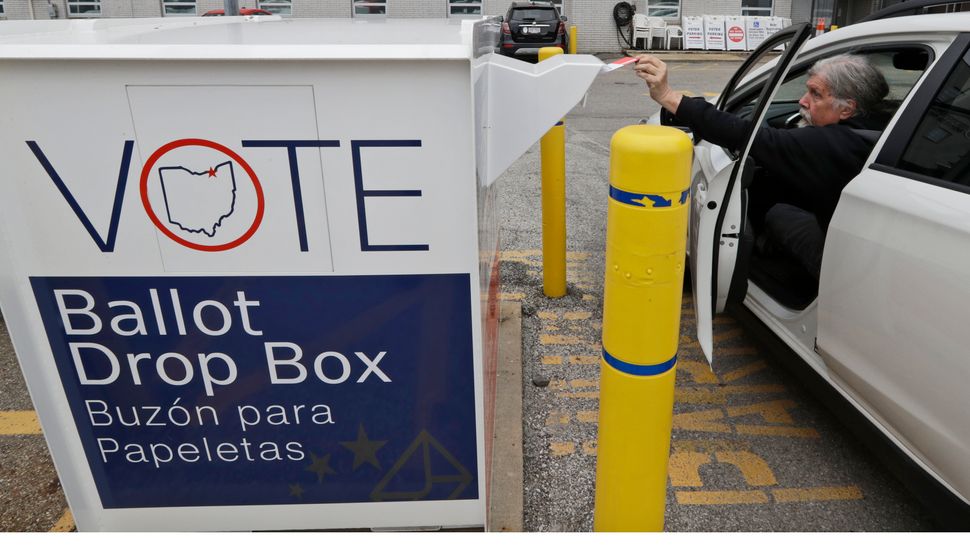 Trump can’t exactly wave a wand and stop absentee ballots from being counted. He would likely need to file lawsuits in each state that he wanted to challenge, and the suits would need to target some aspect of that state’s election laws that were theoretically being violated. While post-election litigation over ballots is a long-standing bipartisan affair, an effort like this would be unprecedented in scope — essentially a nationwide challenge to mailed or otherwise delayed ballots, seeking to either count or discount certain ballots.

Already, the Trump campaign is trying to preemptively hamper the mail-in balloting process.

Nevada Gov. Steve Sisolak (D) signed legislation on Aug. 3 that would authorize the mailing of absentee ballots to all active Nevada voters. Trump called the bill’s passage “an illegal late night coup” in a tweet. The next day, Trump’s reelection campaign sued to overturn the new law. The lawsuit argued that mailing absentee ballots to voters would make fraud “inevitable,” and sought to overturn provisions, like the acceptance of ballots with unclear postmarks received up to three days after Election Day, that existed as Nevada law before the bill was enacted. Nevada’s Republican Secretary of State Barbara Cegavske has asked the judge overseeing the case to dismiss the suit.

The Trump campaign and the RNC are suing every county election office in Pennsylvania to stop them from allowing voters to return absentee ballots to drop boxes. Ballot drop boxes are exactly what they sound like: secure, sealed mailboxes solely to be used by voters dropping off their ballots. Those ballots are then collected by election officials and sorted and counted. Approximately 16% of voters used drop boxes in the 2018 election, mostly in states like Oregon and Utah that conduct their elections solely through the mail. The judge overseeing the case ordered the Trump campaign on Thursday to produce any evidence it has of voter fraud linked to drop boxes. (There is no existing evidence linking drop boxes to fraud.)

In California, the RNC withdrew its lawsuit challenging Democratic Gov. Gavin Newsom’s May 8 executive order to mail every active voter in the state an absentee ballot after the Legislature passed a bill that did the same thing as Newsom’s order.

But those are just small previews of the true legal dogfight that looks likely to happen on Election Day, and in the days and weeks that follow. The hotly contested Arizona Senate race in 2018 could provide a template for such suits. In Arizona, local Republican Party organizations sued county recorders to challenged whether those officials could contact absentee ballot voters who dropped off their ballots on Election Day to provide them an opportunity to correct errors on their ballots.

Arizona officials allow voters to correct ballot errors like signature mismatches, but not all county offices provide this opportunity to voters who drop off their ballots on Election Day. The lawsuit sought to force all counties to adopt a uniform policy for letting voters correct their ballots, but did not specify whether that meant the counties that did allow it should stop or other counties should be forced to adopt the practice. A settlement was ultimately reached where all county recorders would allow Election Day absentee voters to cure their ballots of errors.

The Trump campaign can be expected to use similar tactics if it wants to sue to stop absentee ballots from being counted. It would also likely use the courts to discount individual ballots by nitpicking for minor errors, and prevent efforts by state and local officials to fix them.

“You will see more of these kinds of lawsuits about the technical deficiencies related to the absentee or mail ballots,” said Sophia Lin Lakin, deputy director of the ACLU Voting Rights Project. “You know, a lot of times they have things like you have to put the birthday, and sometimes people put the date they’ve signed the document, or they forget to check a particular box.”

This type of challenge is common in recounts and recanvasses in close elections. The most famous example of this was the debate over whether to count ballots with “hanging chads,” or partially or unevenly punctured ballot holes, during Florida’s infamous 2000 presidential election recount.

Whether Trump is on strong legal footing if he chooses to challenge absentee ballot rules will depend on each state and how its rules for absentee ballots were implemented. Courts are likely to defer to election rules when they were established by laws passed by a state legislature and signed by the governor. Emergency orders issued by a governor or other election official due to the pandemic may face more scrutiny and a tougher hearing from judges. Court rulings that order changes to election laws prior to the election will also be a harder sell. The Supreme Court’s conservative majority has already shot down at least two changes ordered by federal judges to help voters cast absentee ballots.

On the other side, Democrats may wind up looking to file lawsuits if the Postal Service is manipulated in such a way that disrupts the delivery of ballots either to voters or to election officials.

The system will be severely tested by Trump’s legal assault. Already, it is showing signs of strain under the unprecedented number of absentee ballots and existing problems with the Postal Service’s capacity. Thousands of absentee ballots have already been thrown out this year due to postal delivery delays or problems. In Michigan, 10,000 ballots postmarked before election day weren’t counted in the state’s August primary election simply because they arrived after election day. The same was true of 7,700 votes in the 2018 Florida Senate race. Then-Sen. Bill Nelson (D) lost his bid to have those votes counted.

If the 2020 presidential election results in such a legal battle, it won’t stop at a lower court. The last time legal wrangling over the outcome of a presidential race went to court, it ended with a partisan Supreme Court decision where five of the seven justices appointed by Republican presidents sided with the Republican Party’s candidate. A partisan response in 2020 can’t be ruled out, as the five-member conservative majority were all appointed by Republicans, including two by Trump himself. And Trump likes to call them “my judges.” The nation may yet find out if that description holds.

SGInnovate and Accredify Apply Blockchain to Manage COVID-19 Data in…