Home » Politics » Maria Bartiromo: Elizabeth Warren would be 'most important' economic voice in a Biden administration

Maria Bartiromo: Elizabeth Warren would be 'most important' economic voice in a Biden administration

Maria Bartiromo weighs in on 2020 election and how the markets could be impacted.

FOX Business anchor Maria Bartiromo outlined on Monday what a potential Joe Biden administration could look like, saying: “the most important voice economically speaking will be Elizabeth Warren.”

Bartiromo cited information from one of her Wall Street sources, investment banking company Cowan Inc., which said that Warren, D-Mass., will have an “outsized policy role if Joe Biden can defeat Donald Trump in November.”

“Whether Elizabeth Warren is the Treasury Secretary under a Biden presidency or whether she stays in the Senate, her voice will be critical in terms of economic policy,” Bartiromo told Fox News' “America’s Newsroom” on Monday.

WE NEED TO GET CAPITAL INTO COMMUNITIES OF COLOR: MICHAEL MILKEN

Bartiromo then pointed out some of the former Democratic presidential candidate’s proposals.

“She’s proposing a wealth tax; she’s proposing higher marginal rate taxes, she’s proposing a breakup of a number of companies within banking and within telecomm,” Bartiromo said. “So, I think once the market starts understanding the impact, we will probably see a sell-off, if, in fact, it looks more likely that Biden will win.”

Trump’s poll numbers in recent weeks have trended downward amid criticism over his administration’s handling of the coronavirus pandemic and the White House's response to the protests and riots following the death of George Floyd in late May while in Minneapolis police custody.

A recent Fox News poll had the president trailing presumptive Democratic nominee Joe Biden by 12 points, while a RealClearPolitics average of polls had Trump down almost 10 points to the former vice president. Biden also was leading Trump in many key battleground states, and polls from Republican strongholds such as Texas had Trump and Biden neck-and-neck.

“It's hard to judge whether or not the polls are accurate right now,” Bartiromo said.

BIDEN'S FIRST FUNDRAISER WITH OBAMA BRINGS IN $4M SO FAR

She added “it is surprising to see that the candidate for really law and order, President Trump, as well as job creation, is actually trailing.”

“We’ll have to wait and see more information in terms of what the public believes and what the Wall Street investor class believes will be a Biden administration," Bartiromo noted.

She pointed out that there has also been “some talk” about Rep. Alexandria Ocasio-Cortez, D-N.Y., “possibly wanting the job” of the Environmental Protection Agency administrator. Ocasio-Cortez famously co-sponsored the Green New Deal, an economic stimulus concept designed to tackle income inequality and climate change.

“The market will likely react negatively if they expect some of the real extremists will be in leadership positions in a Biden administration,” Bartiromo said Monday.

She noted “we’re seeing a pretty good bounce in the market,” which she said likely has to do “with the end of the quarter.”

“By all accounts, most people do believe that the worst has been seen in terms of the economic impact of the pandemic and that we will see 20 percent growth in the third quarter and possibly double-digit growth in the fourth quarter,” Bartiromo explained. 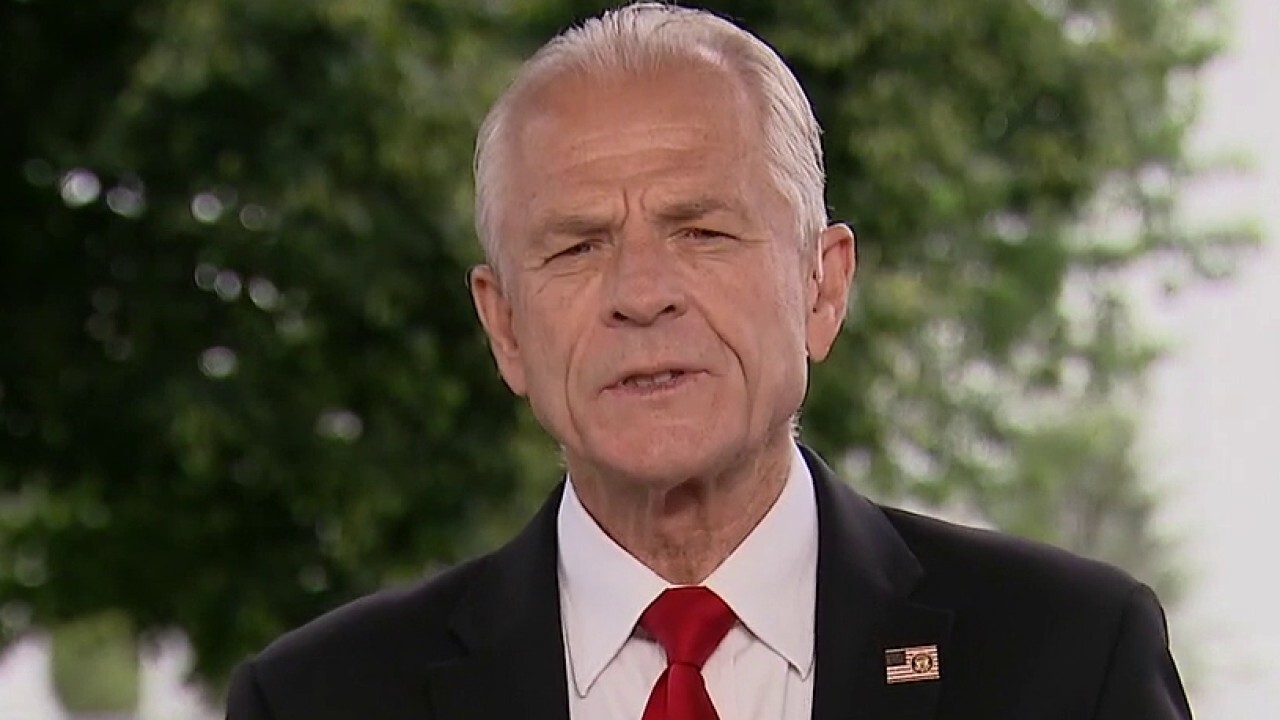 “We are going to have a strong rebound from the depths of the China virus depression, but it's also true that we are going to face many years of working their way through these structural adjustments that are going to happen," Navarro said on Sunday. "So this is why, for me, it’s so essential to have a man in the White House here who knows how to rebuild an economy.”