Federal authorities are reiterating their confidence in the U.S. election system amid an acrimonious debate about its susceptibility to fraud.

Not only have foreign actors attempt to meddle, the U.S. Postal Service is warning of mass delivery delays during what is expected to be one of the largest uses of mail-in ballots in American history.

"To be clear, it would be very difficult for adversaries to interfere with, or manipulate, voting results at scale," he said. 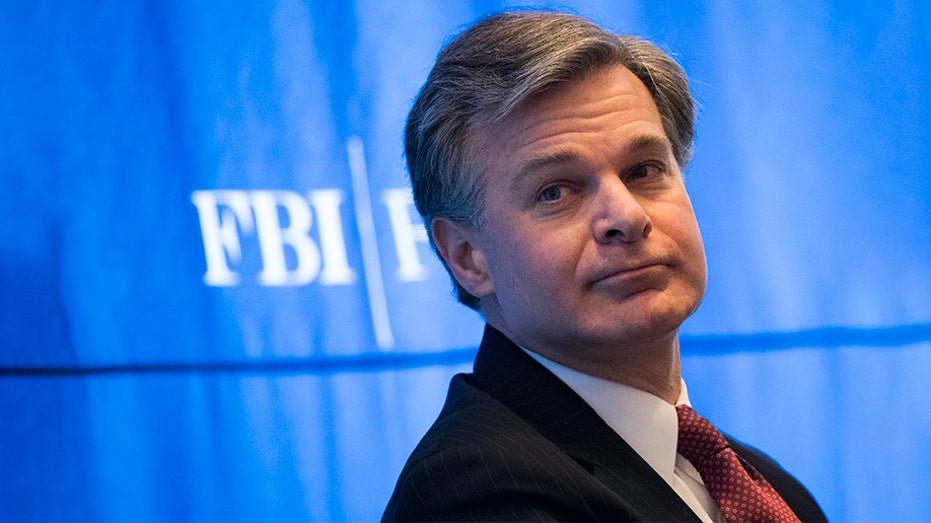 FBI Director Christopher Wray looks on during the International Conference on Cyber Security at Fordham University at Lincoln Center, on January 9, 2018 in New York City. (Photo by Drew Angerer/Getty Images)

"There’s been a lot of talk about efforts to hack our elections over the last four years and some of you might be wondering whether the 2020 elections will be secure," CISA Director Chris Krebs noted. "Well, I'm here to tell you that my confidence in the security of your vote has never been higher."

At the end of September, CIA analysis determined Russian President Vladimir Putin is likely continuing to approve and direct interference operations after his country orchestrated similar efforts four years ago.

Notably, officials made no reference to repeated criticisms from President Trump — who has claimed that the process is “rigged” and vulnerable to mass voter fraud.

The integrity of the election has been a theme of the president's reelection campaign and during his first presidential debate with Democratic challenger Joe Biden, he referred to the mail-in voting system as "a disaster."

Last month, FBI Director Christopher Wray told a congressional committee that "historically" there had not been "any kind of coordinated national voter fraud effort in a major election, whether by mail or otherwise."

Following his testimony, White House chief of staff Mark Meadows called for a closer examination of the issue.

In the video, Wray maintained that federal authorities were working with state and local officials and promised to "aggressively investigate and work with our partners to take appropriate action." Agencies will "seek criminal charges where warranted," he said.

"Rest assured that the security of the election – and safeguarding your vote – is and will continue to be one of our highest priorities," Wray added.