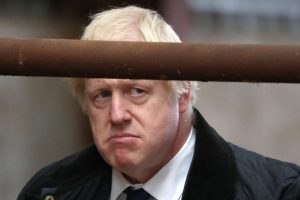 Scotland is heading towards independence from the UK. That's the inevitable conclusion to be drawn from the latest opinion polls which show a surge in support for Scottish nationalism.

The polls, which now show a consistent lead for independence, have followed a bleak year for the United Kingdom in which it has suffered one of the highest coronavirus death tolls and worst recessions of any country in the world.

It has also coincided with Britain's exit from the European Union, which a clear majority of Scots voted against.

The combination of anger at Brexit, distrust of Boris Johnson (who has a long record of offending Scots) and the UK government's shambolic handling of the coronavirus pandemic have all conspired to create the perfect environment for the independence movement.

With Scottish fisherman reporting severe problems due to Brexit and wider trade with the EU under serious strain due to new restrictions created by Brexit, the fate of the Union has never looked so poor.

Former Prime Minister Gordon Brown, who is Scottish himself, warned on Monday that the situation risked pushing the UK into becoming a "failed state" due to the growing dissatisfaction with the Westminster government in both Scotland and Northern Ireland.

On Sunday Scottish First Minister Nicola Sturgeon moved to capitalise on the rising public dissatisfaction among Scots by publishing an 11-point plan for independence.

Crucially Sturgeon pledged to push ahead with a referendum after the coronavirus pandemic, regardless of whether permission is granted by Johnson.

Yet in the intervening years Brexit and the election of Johnson, who is deeply unpopular in Scotland, have massively boosted the prospects for independence.

And with the upcoming Scottish Parliament elections potentially set to deliver Sturgeon with an absolute majority on a pro-independence ticket, it will become increasingly difficult for Johnson to resist another vote.

Sturgeon on Sunday accused Johnson of being "frightened of democracy."

In a language that appeared to use Johnson's own campaign messages in the Brexit campaign against him, Sturgeon told the BBC that the prime minister "fears the verdict and the will of the Scottish people."

She pledged to push ahead with a "legal referendum" once the pandemic has passed and said the Scottish government would fight any attempt to stop them in court.

Such a legal fight would likely be won by Johnson given that powers to call referendums are legally reserved by the UK government.

However, any attempt to defy "the will of the people" by Johnson would only serve to put a fire under the campaign for independence and make Johnson's resistance to another referendum even more difficult to maintain long term.

And even if Johnson's legal fight were successful, Sturgeon could push ahead with a Catalan-style wildcat referendum, which she would likely win, making Johnson's position even more untenable.

Acceptance of this reality appears to be creeping in inside Downing Street with the journalist James Forsyth, who is the husband of Johnson's press secretary and a close insider of Johnson's administration, writing last week that Johnson will likely only be able to delay rather than completely prevent another referendum.

"There's a growing realisation that Johnson can't just say no," Forsyth wrote in the Times.

Instead Forsyth writes that Downing Street is warming to the idea of resisting an immediate referendum, while promising a reform of the relationship between England and Scotland.

Such promises will be familiar to anyone who has followed recent British political history.

In 2013 former Prime Minister David Cameron's sought to squash the desire for Brexit within his own party by promising to reform the relationship between the EU and the UK before holding a referendum.

Back then Cameron believed his reforms would put an end to the desire for independence from the EU, and help him win a majority for staying inside Europe.

The reality was quite the opposite. Cameron's reforms were dismissed as meaningless by both pro and anti-EU campaigners and the anti-EU movement went on to take Britain out of Europe for good.

Johnson is likely to find his own attempts to prevent Scottish independence have a very similar ending.