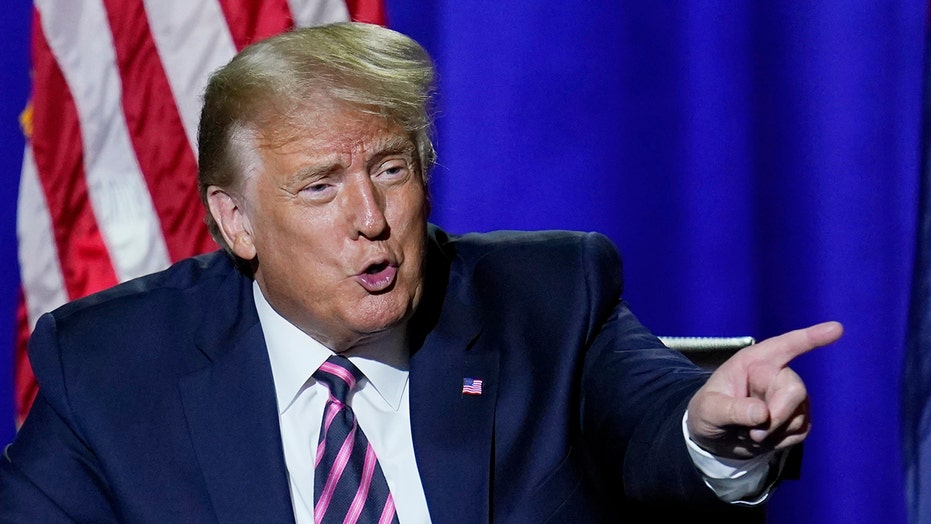 President Trump on Tuesday declared the "dawn of a new Middle East” as he presided over the signing of two historic Middle East diplomatic deals between Israel and two Gulf nations.

“We’re here this afternoon to change the course of history. After decades of division and conflict we mark the dawn of a new Middle East," he said at the ceremony in the South Lawn of the White House.

"Thanks to the great courage of the leaders of these three countries, we take a major stride toward a future in which people of all faiths and backgrounds live together in peace and prosperity," he said. 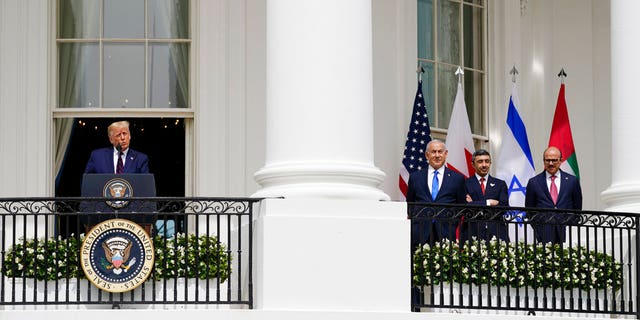 The deals between Israel and the United Arab Emirates, and Israel and Bahrain, involve the exchanging of ambassadors, establishment of embassies and co-operation on a range of fronts – including trade, security and tourism. The agreements, known as the "Abraham Accords" also allow Muslims to visit Islamic holy sites in Israel. Trump said the deals would form "the foundation for a comprehensive peace across the entire region."

Earlier in the Oval Office, Trump said "we’re very far down the road with about five additional countries." He declined to name the countries he is speaking with and later said it could be "five or six" other countries.

Israeli Prime Minister Benjamin Netanyahu and the foreign ministers of both the UAE and Bahrain were present to sign the deals at the ceremony. Trump signed onto each one as a witness. The leaders also signed a separate trilateral declaration of peace.

The UAE deal was announced last month, with the Bahrain deal announced on Friday.

Sheikh Abdullah Bin Zayed Al Nahyan, UAE's foreign minister, said "we are already witnessing a change in the heart of the Middle East, a change that will send hope around the world."

While critics have noted that such deals ignore Palestinians and the Israel-Palestinian conflict, it is hoped that the deals would be the start of warmer Arab-Israeli relations.

Trump told "Fox & Friends" on Tuesday morning that other countries "want to come in" and that he believes the Palestinians will eventually come in too.

Democrats have given some support to the agreements, with House Speaker Nancy Pelosi saying in a statement that it marked “an important day” but said that “questions remain” including about a commitment for the UAE to purchase F-35 jets — which has led to fears it could blunt Israel’s military superiority in the region. 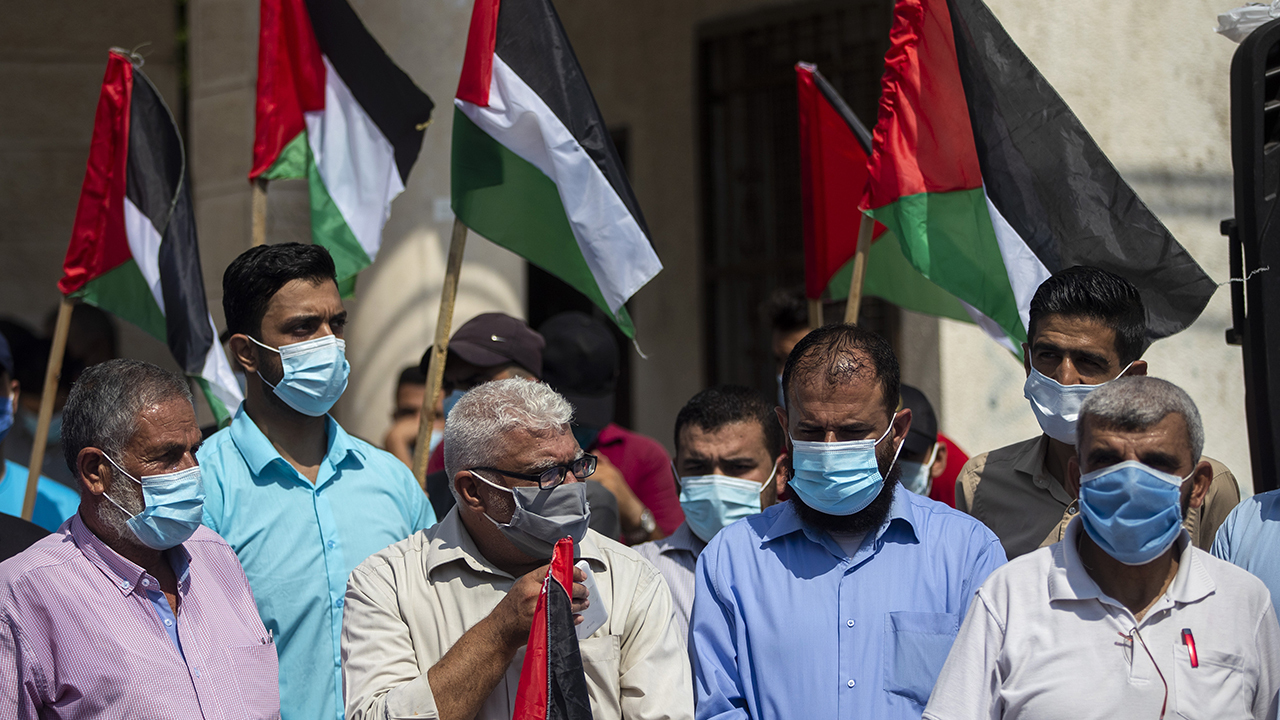 “As we learn more about the full details of both agreements, questions remain — specifically, regarding the commitment that the UAE has received from the Trump Administration to purchase American-made F-35 aircraft. The U.S. Congress, on a bipartisan basis, will be watching and monitoring to ensure that Israel can maintain its qualitative military edge in the region.

“It is also critically important that we fully understand the agreements’ details regarding the announced freeze of efforts by Israel to annex portions of the West Bank,” she said.