COPS are hunting for an evil animal abuser after helpless puppy was locked inside a carrier cage and set on fire causing the plastic to melt on it.

The wide-eyed pup miraculously survived the blaze, and was found by firefights in a park in Columbus, Ohio. 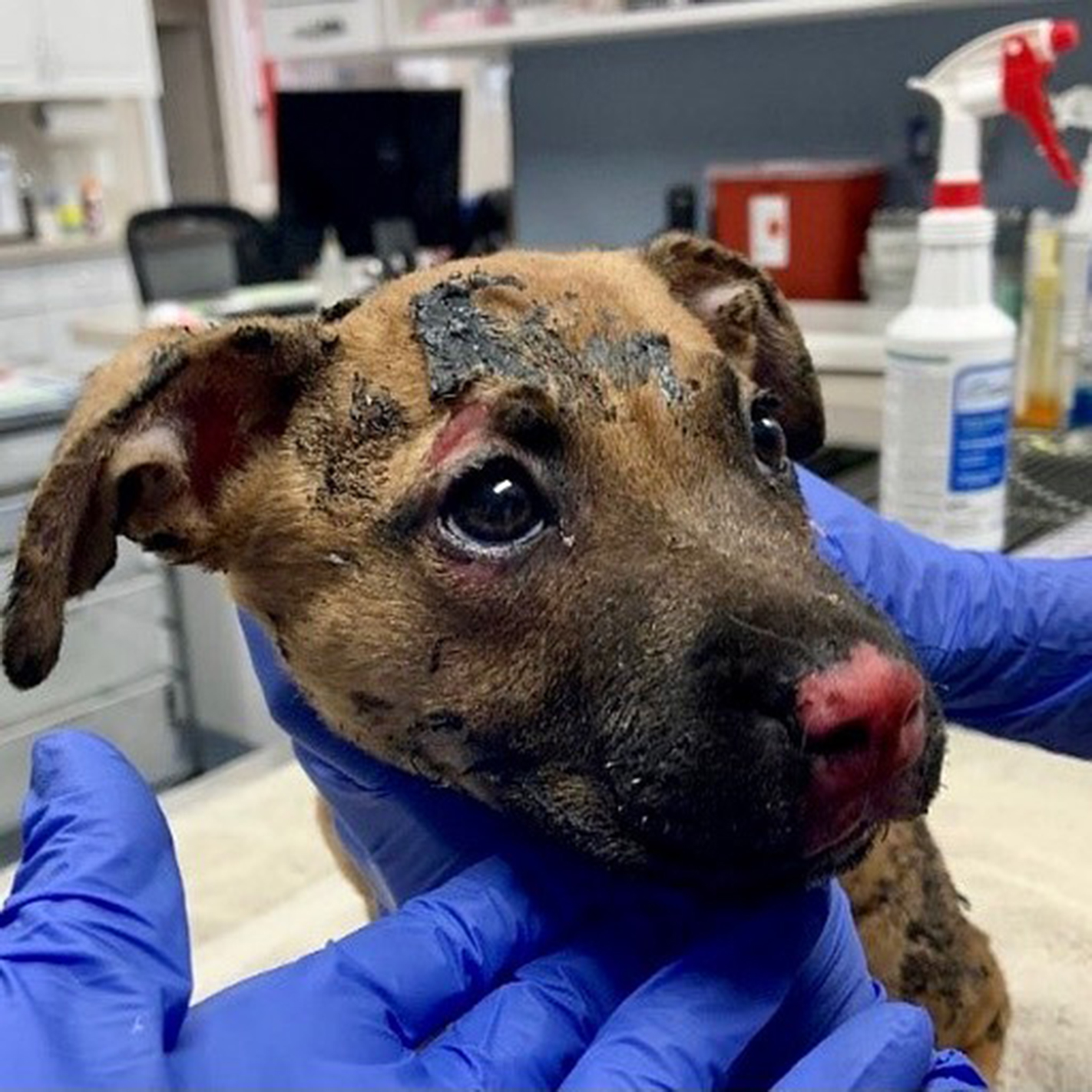 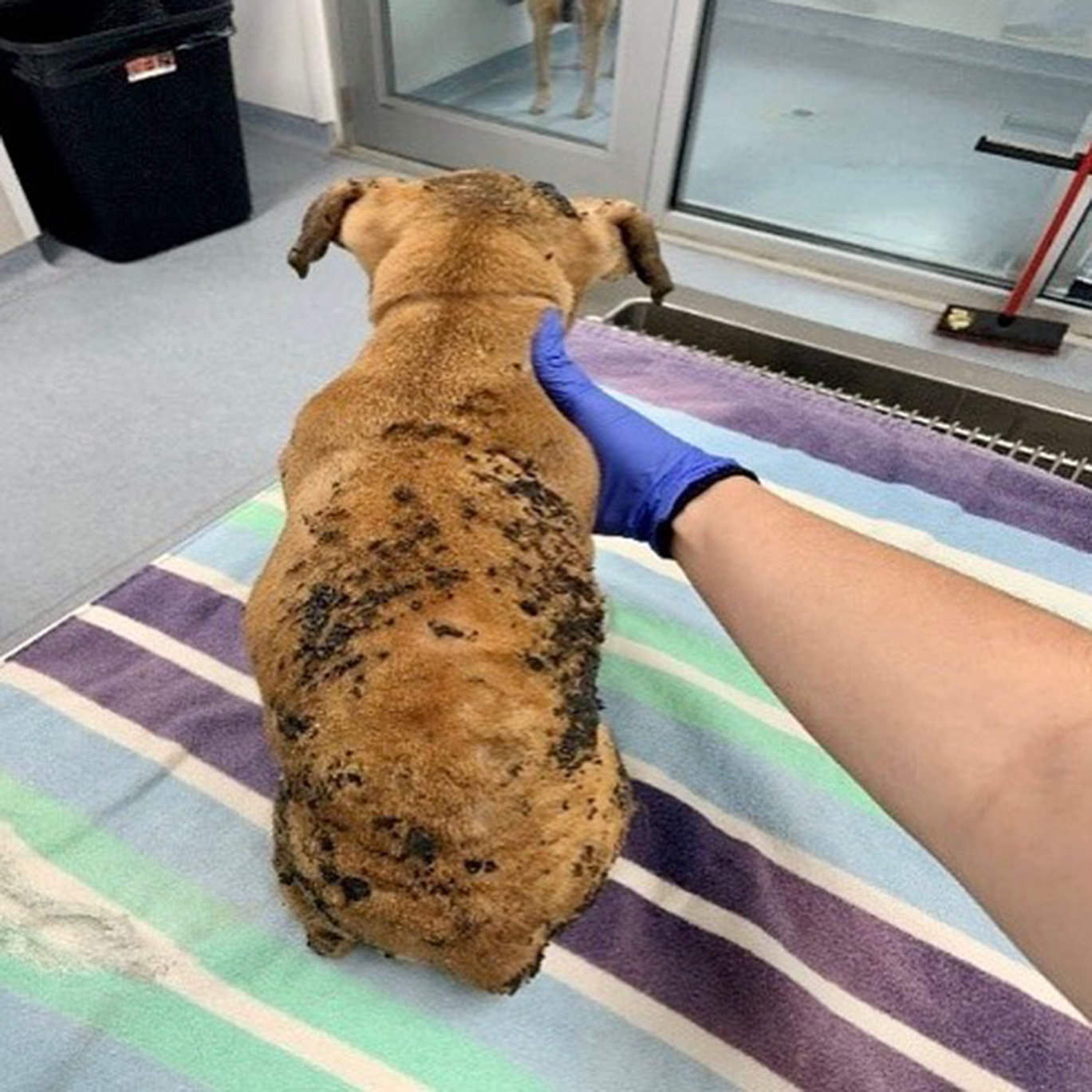 When Columbus Division of Fire first arrived on the scene last weekend they saw the burning remnants of a plastic cage under a tree.

The firefighters then spotted the dog running around the park.

Authorities said the poor pooch had black plastic melted on her back.

The puppy has since been treated and adopted by the staff who took care of her.

The Columbus Division of Fire said she "is doing remarkably well".

Mike DeFrancisco, Columbus Fire and Explosives Unit told myFox28: "We see a lot of bad things on a daily basis, but this really cut a lot of our people to the core. This one hurts."

Mark Knight, Columbus Fire and Explosives Unit, added: "Absolutely amazing that she survived that. Even more amazing is her personality-l how loving and drawn she is to humans."

Anyone with information on this incident or the puppy's owner is asked to contact the Columbus Fire and Explosives Investigation Unit at (614) 645 3011. 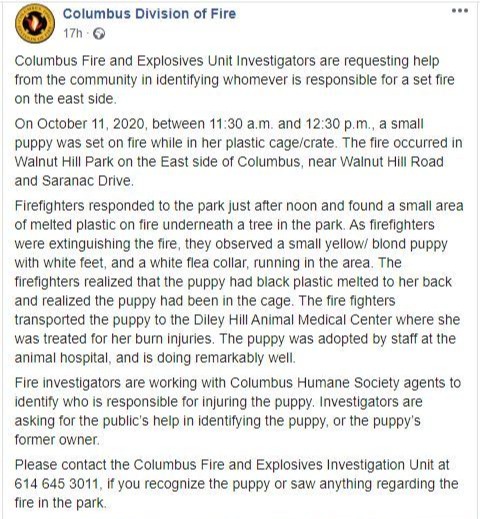