Prime Minister Boris Johnson is unlikely to get a ‘warm welcome’ from the White House if Joe Biden wins the presidential election because of lingering resentment over his remarks about Barack Obama, according to Britain’s former ambassador to Washington.

Lord Darroch said there was still some ‘resentment and unhappiness’ over comments Mr Johnson made while mayor of London and in newspaper columns about the former US president.

He also said Mr Johnson would find it easier to secure a trade deal with Donald Trump in the White House than Mr Biden.

Lord Darroch, 66, who was speaking at an event at the Cheltenham Literature Festival, was asked who the Prime Minister would prefer to win the presidential election next month.

‘I think they are rather torn,’ he replied.

‘I hesitate to say this, but there will be some Obama people in a Biden administration and they remember some of the things that the current Prime Minister said about Obama whether as a newspaper columnist or whether it was mayor of London,’ Lord Darroch said. 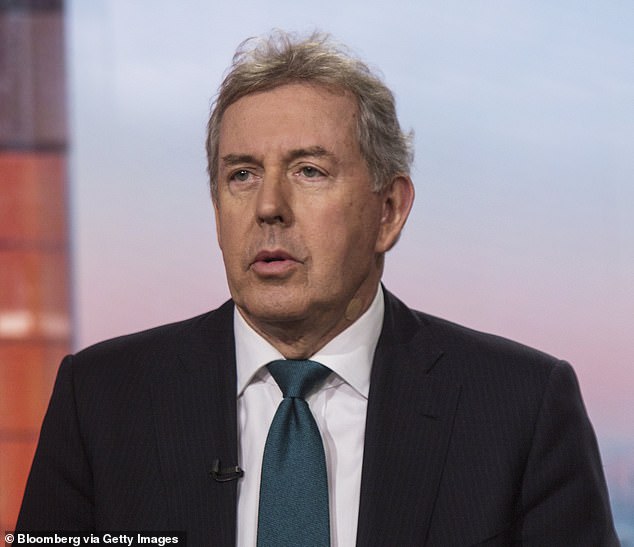 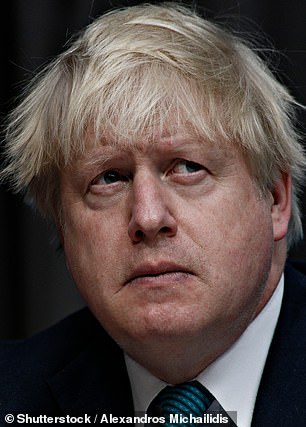 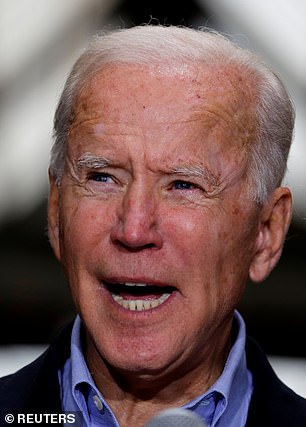 Boris Johnson (pictured left) will reportedly struggle to strike a trade deal with the US if Joe Birden (pictured right) is elected, as the Presidential hopeful remembers comments made by the PM in a 2016 newspaper column

‘I promise you there is still some resentment and unhappiness over that.

‘I think there is some question marks if Biden wins.’

In 2016 while mayor of London, Mr Johnson wrote a newspaper column in which he said the removal of a bust of Churchill from Mr Obama’s office was seen by some as a sign of an ‘ancestral dislike of the British Empire’ and his ‘part-Kenyan’ ancestry.

Lord Darroch said he believed a Biden administration would not prioritise a free trade deal with the UK.

‘If Biden wins then life becomes to an extent more normal and Nato gets a boost from having a more congenial president of the White House and just international relations become calmer and much more predictable,’ he said.

Lord Darroch was appointed Britain’s ambassador to Washington in 2016.

But he resigned from his role three years later after emails were leaked in which he made disparaging remarks about the President Donald Trump.

In secret cables and briefing notes, he called the Trump administration ‘clumsy and inept’, and described the President as ‘insecure’ and ‘incompetent’.

He warned that the White House was ‘uniquely dysfunctional’ and that the President’s career could end in ‘disgrace’.

The series of explosive memos by Lord Darroch, then Sir Kim Darroch, was revealed in July last year by the Mail on Sunday.

The barbed comments triggering President Trump to retort that he was a ‘pompous fool’.

After the leak, Mr Johnson, then running for the Conservative leadership, repeatedly refused to say that he would keep him in post during a TV debate.

It was a stance that drew criticism from Foreign Office minister Alan Duncan and others and Lord Darroch said contributed to his post becoming untenable.

He quit in July 2019 saying ‘speculation’ over his future made it ‘impossible for him to continue’.

‘But I don’t think that for Joe Biden’s administration a free trade deal with the UK is going to be the top priority.

‘I think maybe re-joining the Trans-Pacific Partnership or maybe an EU-US deal might be priorities.

‘I think the free trade deal is a lot more deliverable a lot more quickly, though with some big and painful concessions by us if Trump wins.’

Lord Darroch was appointed ambassador in 2016 and resigned from his role in 2019 after emails were leaked in which he called the Trump administration ‘clumsy and inept’.

This week he speculated that Trump’s admission to hospital with coronavirus could cost him re-election as it will remind American voters of how badly he has managed the pandemic.

Mr Trump, 74, announced that he and first lady Melania had tested positive for Covid overnight on Thursday and was moved to Walter Reed Military Medical Centre on Friday.

He said: ‘I think it’s probably just in sort of cold calculating terms of the election, it’s probably a very bad thing for the president.

‘One because it keeps the virus – because he’s caught it – on the front pages and the lead story for at least another couple of weeks and maybe longer if that’s how long it takes to recover.

‘He doesn’t want the narrative to be about coronavirus because the polls will tell you most Americans think he has not handled it well.’

Lord Darroch added that Mr Trump has recovered politically from other previous setbacks, including the Access Hollywood scandal in which a tape was published weeks before the 2016 election of him talking about assaulting women.

‘If he springs from his hospital bed like Superman in about five or six days’ time and is back on the campaign trail that will remind people of his terminator-like indestructibility and that could play for him but I’d be very surprised if that’s actually what happens,’ he said.

‘I think it’s more likely that you will not see any more debates and you wouldn’t see very much of President Trump before election day.’

Lord Darroch’s comments came when he was speaking at the Cheltenham Literature Festival to promote his new book Collateral Damage: Britain, America, And Europe In The Age of Trump.