Last July, Robert Epstein, 66, said said the search engine's methods "gave" millions of votes to Clinton when he was quizzed about censorship. 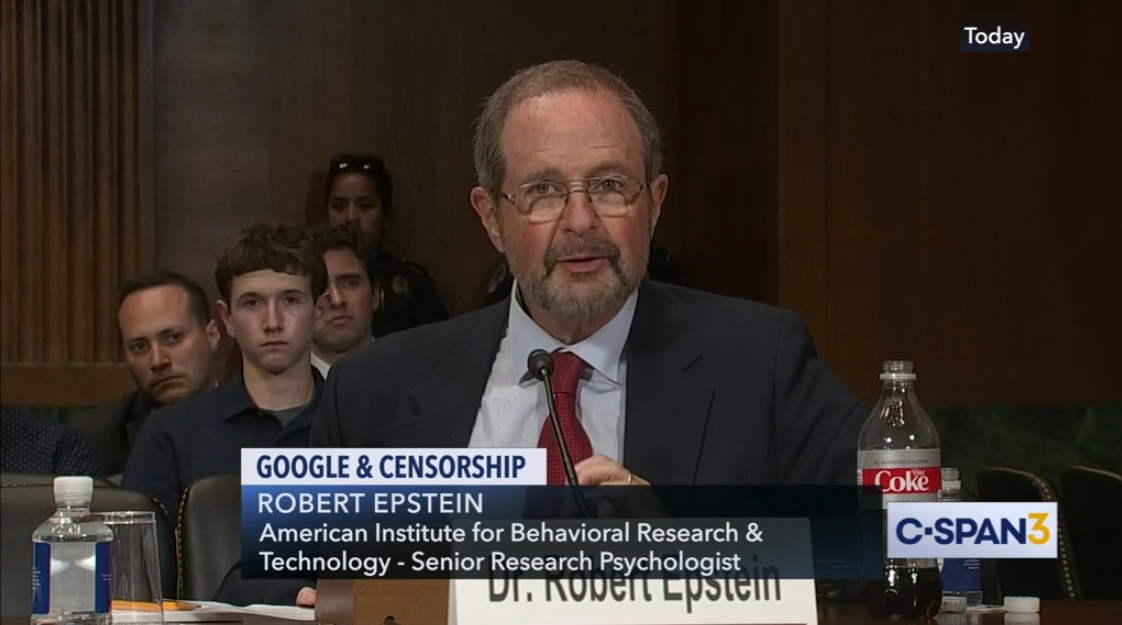 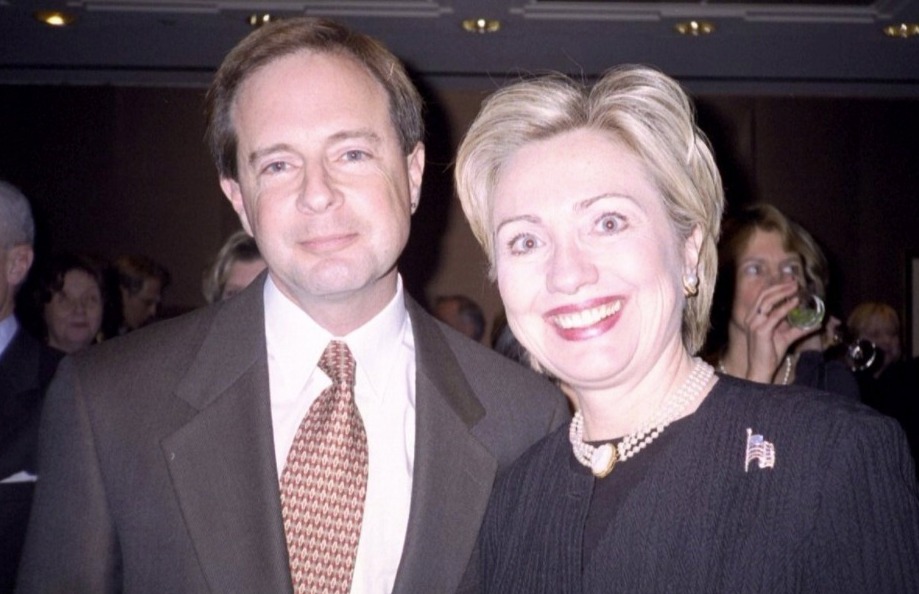 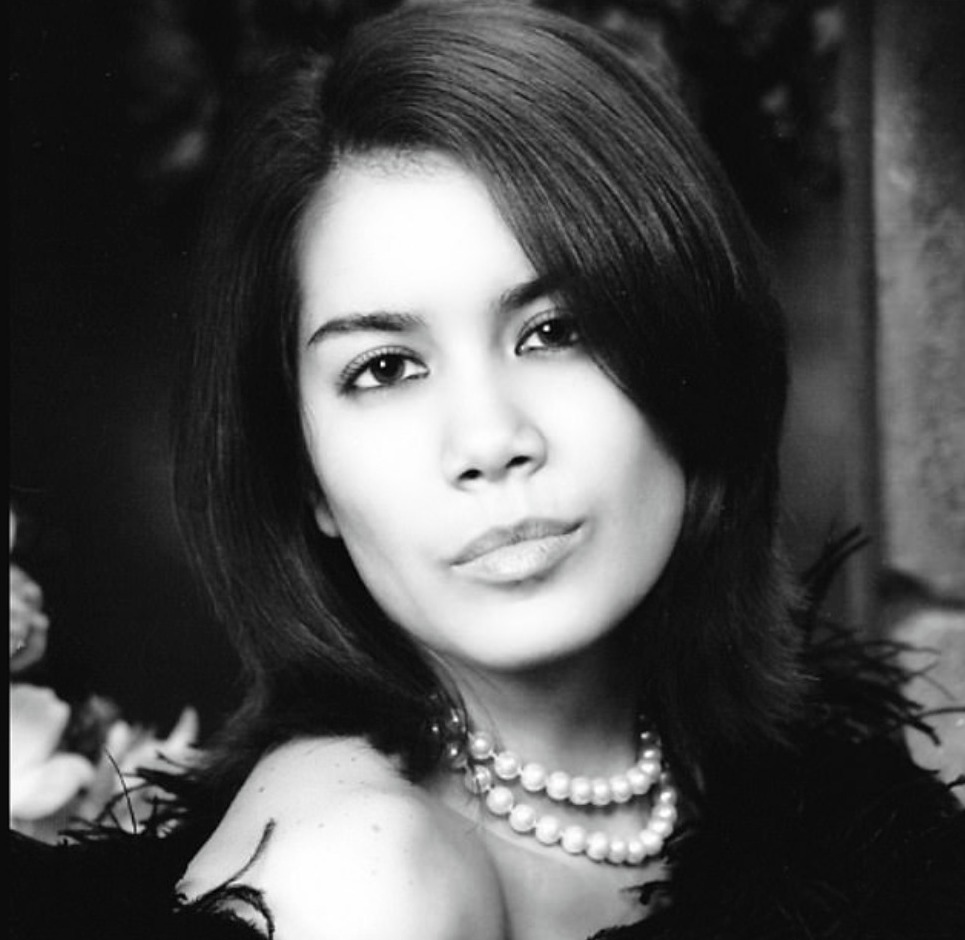 The death of Epstein's wife Misti Dawn Vaughn, 29, was announced in December after a tragic car accident in California.

But the psychology professor has begun to question the nature of Misti's death, who he described as his "love" and "greatest adventure."

On Sunday, he tweeted: "Last year, after I briefed a group of state AGs about #Google's power to rig elections.

"One of them said, 'I think you're going to die in an accident in a few months.'

Eptein, a professor at the American Institute for Behavioral Research and Technology, shared speculative tweets before.

"BTW, although losing Misti is devastating for me – there will never be another Misti in my life, after all – I AM STILL NOT SUICIDAL," he wrote on January 4.

Eptein previously rubbished theories "#Google or #Hillary had anything to do with Misti's death."

enator Ted Cruz of Texas questioned him about his allegations about Google and their alleged interference last summer.

Epstein testified he knew "the number of votes that shifted," citing "at least 2.6 millions votes to Clinton."

He said "I have conducted dozens of controlled experiments in the US and other countries.

"[They] measure precisely how opinions and votes shift when search results favor one candidate, cause, or company."

Epstein claims to have analyzed 13,000 election searches from the campaign which were "significantly biased" for Clinton.

The professor said he "conducted dozens of controlled experiments that measure how opinions shift when search results are biased."

He said: "I call this shift "SEME" – the Search Engine Manipulation Effect." 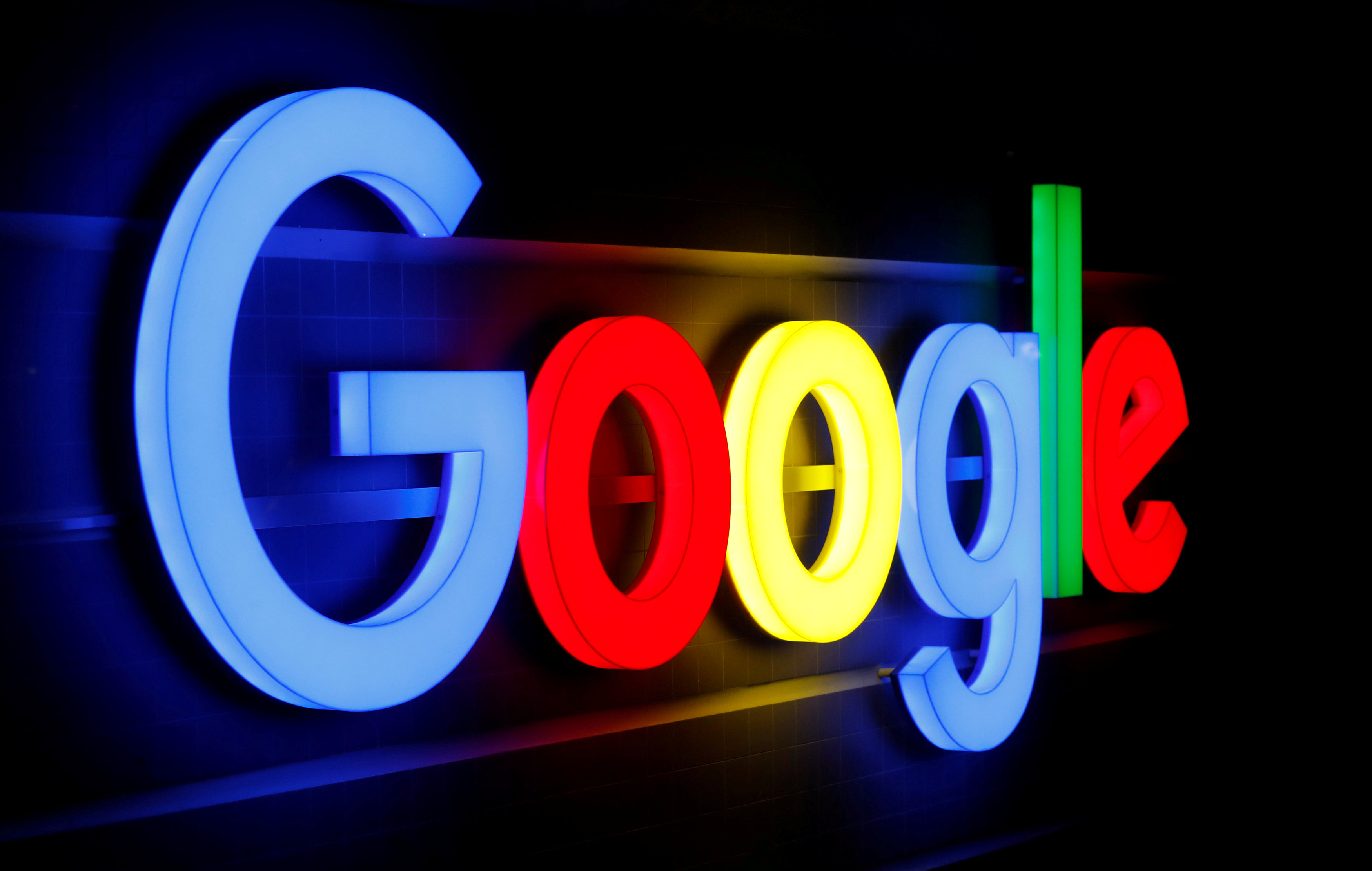 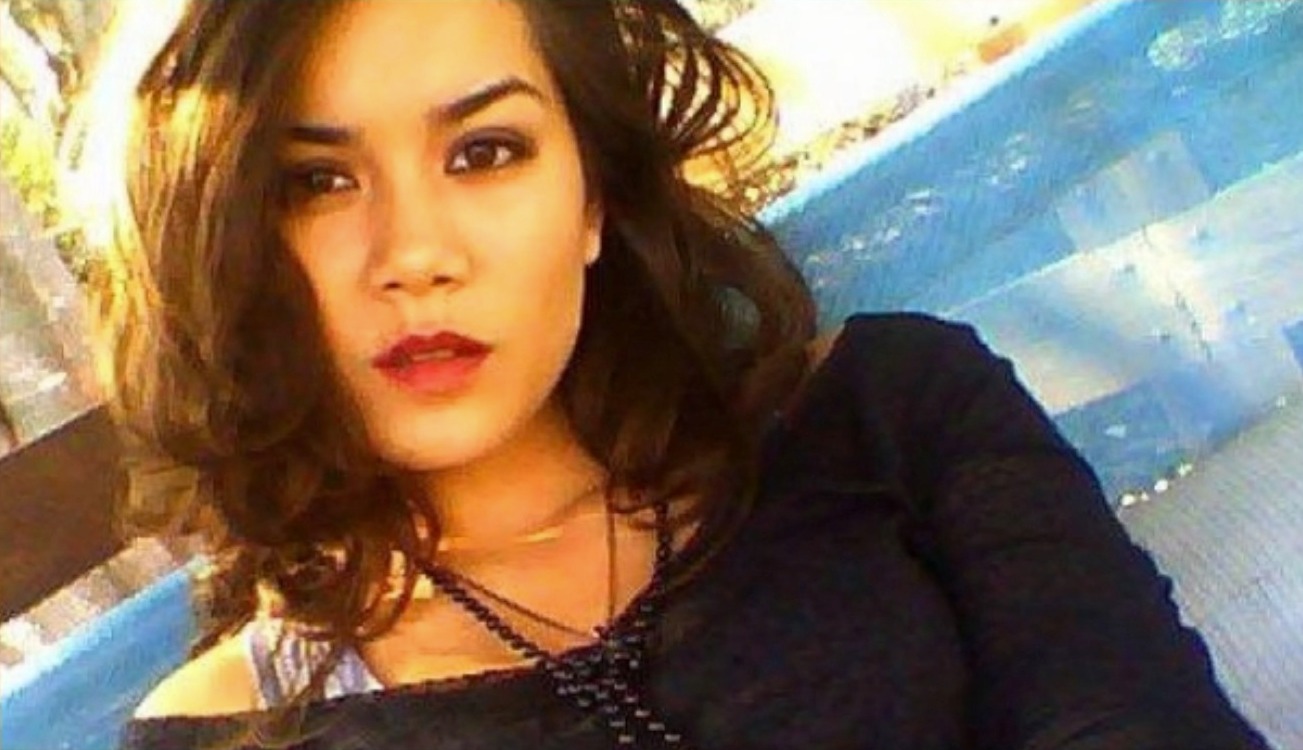 The academic maintained these had a "subliminal" effects on American voters he dubbed "online ephemeral experiences."

He alleged as many as 15 million votes could be impacted in the 2020 election and claimed Google's "Go Vote" display gave Dems a leg up of 800,000 vote.

The search giant rubbished the allegations denying it fixed or alerted its search results as some conservatives have claimed.

At the time, Google said: "This researcher's inaccurate claim has been debunked since it was made in 2016.

"As we stated then, we have never re-ranked or altered search results to manipulate political sentiment.

We have never re-ranked or altered search results to manipulate political sentiment.

"Our goal is to always provide people with access to high quality, relevant information for their queries, without regard to political viewpoint.

Epstein later fueled the rumor mill when he shared an article alleging he had been "killed" by a Google Street View vehicle.

"And lots of you keep warning me that my life is in danger," Epstein tweeted a month after his explosive testimony.

"I sure hope that isn't true. Anyway, I was already killed by a #Google Street View vehicle back in 2014!"

He linked to the article stating he died on July 19, 2014, after being struck by the vehicle in San Diego.

His allegations come after the death of Misti who died after she lost control of her Ford Ranger along rain-slick on Interstate 15, reports the San Diego Union-Tribune.

Latulippe said the 50-year-old driver of the tractor-trailer was unable to avoid hitting the woman's truck, striking the passenger side of the pickup.

A 19-year-old woman driving a Toyota 4Runner couldn't avoid the accident and also struck the Ranger.

She was treated for her injuries before being rushed to Palomar Medical Center, reports say. 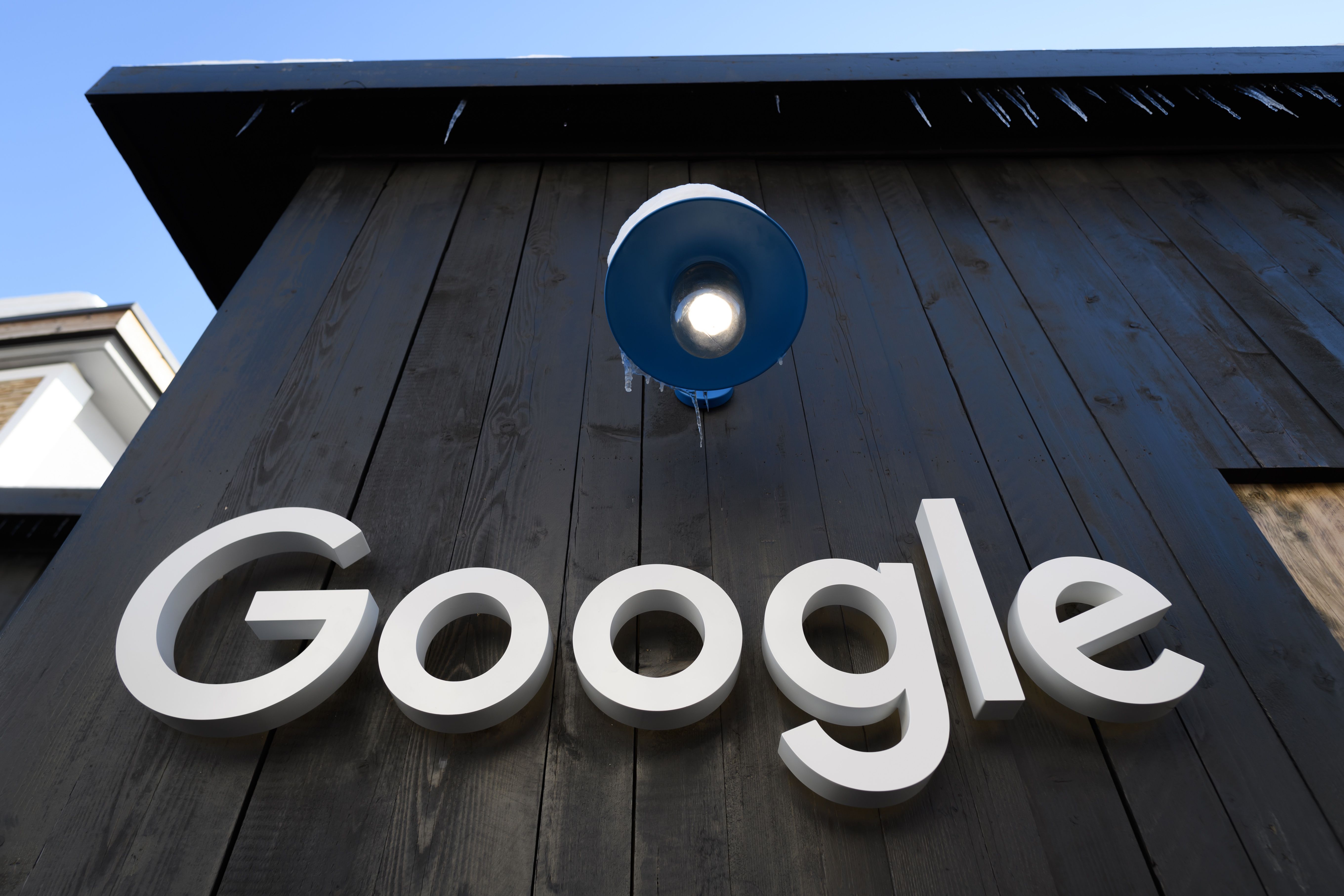 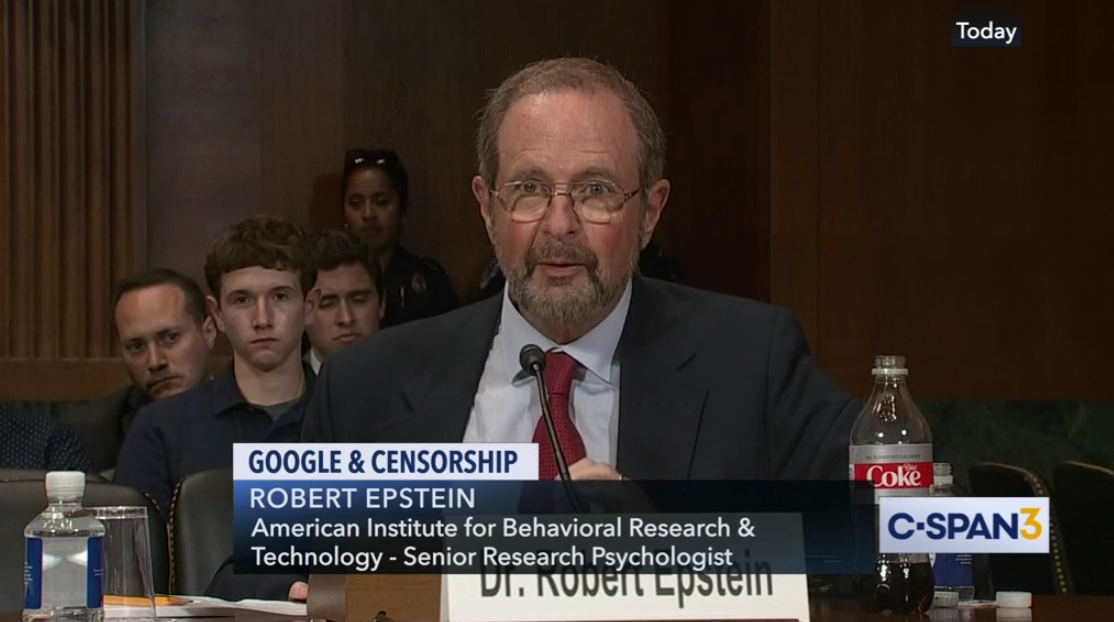 New Private-Jet Models Push Deliveries to Highest in a Decade